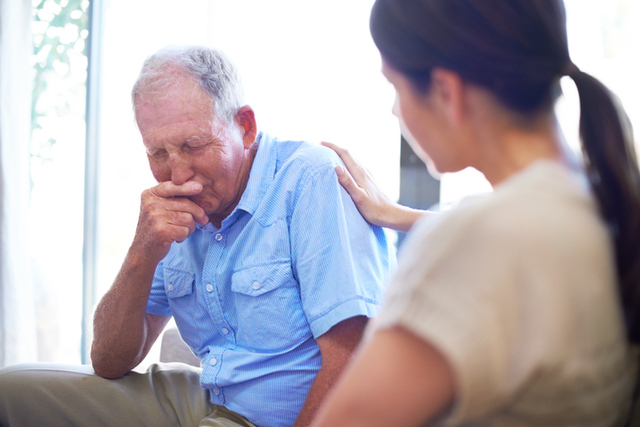 Latter-day Saint Therapist: After Suicide—How to Help Those Left Behind

Author's note: These are general principles. I hope that they are helpful should you ever need them. That said, every case, every person, and every family is unique. Some question their identities as parents, spouses, or friends. Some experience marital troubles and spiritual crises. Some even contemplate taking their own life. If extra support is needed, please reach out for help to trained professionals and caring Church leaders. If you’re suffering from the loss of a loved one by suicide, or are worried for your safety or that of someone you love, visit ChurchofJesusChrist.org/get-help/suicide.

No one should have to suffer the pain of a loved one’s suicide alone. However, in the face of such a tragic loss, friends and family may feel ill-equipped to help; after all, what good are any words or actions next to the enormity of such sorrow? Recently I was fortunate enough to attend a seminar entitled “Suicide Bereavement: What Works and What Doesn’t” presented by fellow marriage and family therapist Quintin Hunt. Having lost a brother to suicide (and dedicated his life to prevention and helping), Hunt is in a position to authoritatively speak on the subject. The following are his recommendations for helping those left behind, paraphrased from my notes and with a few gospel insights added. From my own clinical experience, I have also found these to be true.

1. Don’t leave them to grieve alone (unless they ask you to).

One of the greatest struggles of suicide mourners is feeling isolated. Many well-meaning persons may not know what to say to the bereaved, so they say nothing. Friends and family feel inadequate, so they simply leave the person alone in their grief. Because other people are unwilling to talk about it, those who’ve lost a loved one to suicide often feel excluded and alone. This lack of connection can send them further into their grief and possibly feed feelings of guilt. Having someone to talk to, cry with, or simply share a space with alleviates feelings of isolation. It also decreases the risk of their coping in unhealthy ways, such as addiction. Remember, as Saints we are called to “mourn with those that mourn . . . and comfort those that stand in need of comfort” (Mosiah 18:9).

2. Avoid judgments and assumptions about the deceased or their families.

Whether dealing directly with the mourners or indirectly in conversations with others, be mindful of your words and thoughts. Even well-intended persons can do immeasurable harm through thoughtless judgments and assumptions. Asking, "Did you notice that something was wrong?" or talking about what you would have done in the situation can make things worse.

It is categorically false to assume that the departed are going to hell. As Elder Dale G. Renlund of the Quorum of the Twelve Apostles taught: “There's an old sectarian notion that suicide is a sin and that someone who commits suicide is banished to hell forever. That is totally false. I believe the vast majority of cases will find that these individuals have lived heroic lives and that that suicide will not be a defining characteristic of their eternities."

That’s right: heroic. While suicide itself should not be idealized, the fact is that fighting the kind of horrific internal psychological and spiritual battle that sometimes leads to ending one's own life is a heroic and brave struggle, one that those of us who’ve never experienced it have no place to judge.

Many people do more harm than good when they offer mere sympathy, which Hunt defines as acknowledging suffering then rushing in to “fix it” and offer solutions. Armchair philosophy (“At least her suffering is over now . . .”) and unsolicited advice—especially if you’ve never been there yourself—can come across as patronizing and minimize the loss. These actions also keep the sufferer at arm's length; instead of being vulnerable and grieving with them, you’re just telling them what to do or trying to console them with platitudes.

Empathy, on the other hand, requires you to be vulnerable. It requires you to try to understand the perspective and feelings of the other person at a profound level, as Christ did when He suffered “pains and afflictions and temptations of every kind” that He could “be filled with mercy . . . that he may know according the flesh how to succor [comfort and support] his people” (Alma 7:11-12). Jesus put Himself at our level in order to understand our pain. Doing so yourself with the pain of others enables you to recognize that there is no “quick fix” here and that your job is to feel and connect with them, not necessarily to take their pain away.

Those left behind often feel a sense of responsibility. They believe that they could have done more to stop the death from happening. They may also feel anger toward the departed for leaving and then feel guilty for their anger. After you’ve truly connected through empathy and commiseration, help them to see that their loved one made this choice from a place of incredible pain. He or she likely came to see himself/herself as a burden, believing that others would grieve but then be better off without them.

They were not in a place mentally—or emotionally—to fully grasp the consequences of their actions, nor the anguish caused to others who would be left behind. They probably thought that they were doing right by the family. Let the bereaved know that while anyone in their shoes would ask, “What more could I have done?” it’s likely that their efforts would not have changed the outcome. Validate their pain and hurt while allowing them time to process and overcome their understandable, if misplaced, sense of guilt.

5. Show sensitivity in your speech.

Avoid language that frames suicide as a crime or as a sin; this is not helpful to the mourner. Instead of “committed suicide” say “died by suicide.” Instead of “killed himself” say “took his own life.” In a broader context, in your daily conversations, avoid terminology that glamorizes suicide or makes it appear to be a viable option.

6. Consider the real needs of children.

Children who’ve lost a parent, a sibling, or a friend to suicide may be deemed as “too young to know the truth.” In a well-meaning attempt to protect them, grownups keep what really happened a secret. While this is definitely an issue for individual judgment regarding the child in question, keep in mind that the longer a secret is kept, the more work is required to keep it. Even more important is to recognize that a child’s grief is compounded when they’re treated like they “can’t possibly understand” and are excluded from comfort. When considering the costs of telling a child about a suicide, also consider the costs of not telling them. (This step is for those whose children are in this situation. If it’s not your child, you are not to have this conversation with them).

7. In time, help them to make meaning.

Hunt posed the question: “How do you take the worst experience of this person’s life and help them to turn it into something with meaning?” First of all, don’t impose meaning onto it for them; remember that bumper-sticker wisdom (sympathy) is actually condescending, as is rushing to fix their problem. Remember, you can’t take their pain away; they hurt because they love, and they have to pass through it. What you can do in time is ask them if there’s anything from this experience that they can use to make a difference. Whether it’s joining with and comforting other suicide mourners through shared experience or telling their stories to those contemplating suicide in order to discourage that choice, their pain can serve a purpose of helping others.