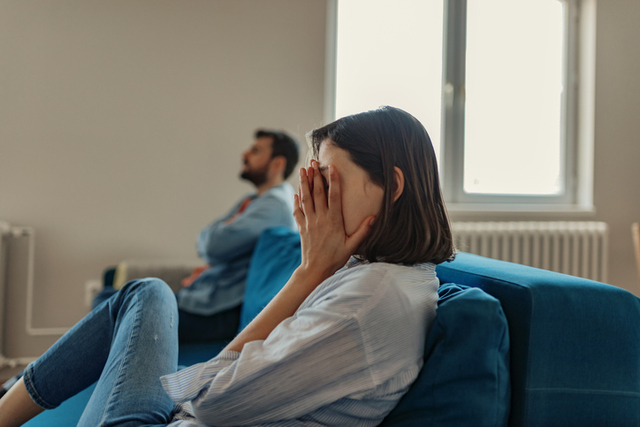 Latter-day Saint Therapist: Why Do People Like to Date "Bad Boys" + What Truly Makes for Exciting Relationships

Whether it’s art imitating life or vice versa, society at large seems to agree with a prevalent theme of pop culture: nice guys and good girls are boring while bad boys and wild girls are attractive and exciting. Allow me to challenge this frothy fiction with the potency of reality: there is nothing more attractive than someone with a strong conscience.

The Attractiveness of Integrity

"Now how boring is that?" some might say. "Is there anything more predictable than someone who always tries to do the right thing?" While many people admit that being with a decent person makes sense, they find themselves drawn to the seductive allure of danger and unpredictability. These same people later cry over being hurt, abused, neglected, lied to, and cheated on. I'm reminded of the line in Stephen Sondheim's musical Into the Woods, in which Cinderella's dashing prince, when confronted with his lies and rampant infidelity, rationalizes that "I was raised to be charming, not sincere."

Of course, it's fine to be attracted to people who are adventurous, mysterious, and unpredictable (within reason), but those looking to develop lasting, rewarding relationships would be wise to act on that attraction only if their love interest possesses copious integrity. Happy, enduring couples, in my observation, find their partner's fidelity, honesty, accountability, and helpfulness to be irresistibly attractive.

These tantalizing traits arise from a strong conscience which, I might add, is more than possessing a sense of right and wrong. After all, there are plenty of people who have a moral compass that they don't follow. Dr. John Van Epp, in his book How to Avoid Falling in Love with a Jerk, explains that the conscience manages one's actions and attitudes. This means that, when it comes to behavior, those looking for a partner should seek out those who follow Jiminy Cricket's advice to "always let your conscience be your guide."

How does one determine the genuinely good people from the "wolves in sheep's clothing?" First of all, watch closely how they treat other people. If they put their own needs above those of others, they'll likely do the same in your relationship. If they lie to others, they'll lie to you. If they cheated on their partner to be with you, they may well cheat on you later on. Someone with a "comely conscience," on the other hand, tries to be conscientious of the needs and feelings of others. They consider how their actions will affect others when making choices. They are courteous, helpful, and grateful.

The Sad Truth About "Bad Boys" and "Wild Girls"

Deceivers are often very careful to be on their best behavior toward those they are interested in but sometimes less so toward anyone else. I once had a client (story shared with permission) whose once-exhilarating relationship with a "bad boy" ended in abuse and heartbreak. I asked her if there were warning signs early on. Specifically, I asked her how he treated others. "Terribly," she replied. "He was always sarcastic, rude, and condescending. But he was so sweet to me." I asked the next logical question: "Didn't you think his kindness toward you was an act, that he would eventually be as awful to you as he was to everyone else, if not more so?" She admitted "No; it made me feel special. I thought I was bringing out the good in him."

Contrary to the logic of Hollywood screenwriters, romantic love rarely turns "bad boys" into good ones. It does happen, but more often than not the Beast never turns into a prince, Edward does not control his urges to drink Bella's blood, and the Wolverine cannot get a grip on his temper. Don't settle for a fixer-upper. Of course, in healthy relationships, people influence each other for the better and we grow as we go. We shouldn't expect perfection, but neither should we expect major problems to be ironed out by the power of our love. It's far better to choose a partner who can already swim than to be an emotional lifeguard to someone who drags you under with them.

While men's ubiquitous pop-culture character arc is from bad to good, that of women goes in the opposite direction. This is exemplified by Rihanna' s album Good Girl Gone Bad, the embarrassing gyrations of Hanna Montana star Miley Cyrus, and Sandy's abandonment of poodle skirts in exchange for cigarettes and tight leather in Grease. This objectification disguised as empowerment betrays the truth that Girls Gone Wild should be renamed Girls with Low Self-Esteem. Skimpy attire and freely offered physical intimacy may seem exciting, but they're often indicators of insecurity and desperation, traits which all-too-often lead to ruined relationships.

My purpose here is not to point a judgmental finger. Men and women who act in the ways described above can change and have stable, healthy, meaningful relationships. That said, it isn't your job to change them; it's theirs and theirs alone. If you're single, avoid the risk of getting involved with someone who doesn't recognize and follow their inner moral compass, keeping in mind that who they are now is more important than who they may have been in the past. Remember that there is nothing more alluring than someone who is true and honest (not to mention that intimacy is more gratifying in the context of a healthy marriage relationship).

If you're currently involved with someone who's made serious mistakes, you can gauge the sincerity of their apologies by their efforts to correct the behaviors. If they’re square with the Lord and have utilized the Atonement of Jesus Christ in their lives, that should be good enough for you. Some relationships come back from major problems happier and stronger than ever, but only if both partners are willing to make changes, work hard, and be accountable and forgiving. Without these conditions, the relationship can never thrive.

A Word to the Nice Guys and Good Girls

If you find yourself frustrated that your niceness has not yielded results in your love life, I've been there. Don't fall prey to the mentality that you have to give up your integrity to attract someone; it leads to ruin more often than not. That said, neither should you believe that anyone "owes" you their affections, or even a chance at them, simply because you are nice and reliable. Everyone's heart is theirs to give at their own discretion and cannot be demanded.

People are attracted to bad boys and wild girls, in part, because of their confidence. It's actually arrogance or overcompensation masked as confidence, but people are drawn to it nonetheless. Sadly, nice guys and good girls often lack confidence, for whatever reason, which makes dating difficult. However, if you allow your confidence to spring from right action (such as helping others, active self-improvement, and following that inner moral compass) you can be satisfied with your life even if you are romantically alone. Following your conscience, if done genuinely instead of out of self-righteousness or self-superiority, can help you have the confidence to form lasting relationships in the future and to be happy right now.