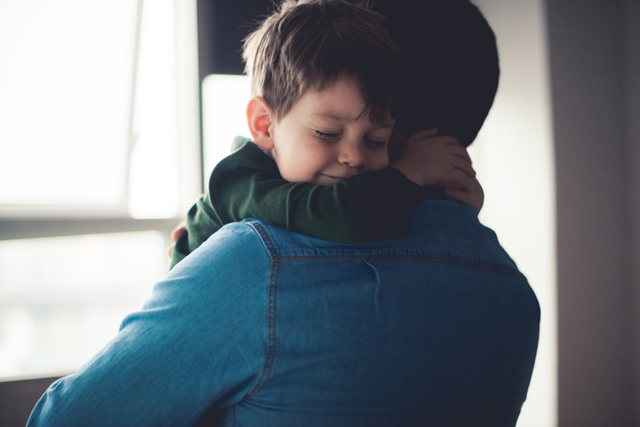 Latter-day Saint Therapist: Why Some Men Struggle with Honesty and How to Help Them Be More Accountable

For the record, dishonesty, manipulation, and blame-shifting aren’t exclusively male problems. We all know women and girls who do the same. Also, there are many honest guys out there who take ownership of their mistakes. Nevertheless, a frequent complaint by my female clients is that their boyfriends and husbands often lie to “get out of trouble.” These men avoid responsibility for their actions by justifying, minimizing, and pointing fingers at others. Mothers and fathers often observe similar behavior in their sons. The good news is that you can help the men and boys in your life to be honest and accountable by creating an environment where shame is eliminated, imperfection is accepted, and improvement is promoted not by control but by “gentleness and meekness, and by love unfeigned.” (Doctrine and Covenants 121:41).

Why Some Men and Boys Struggle with Honesty and Accountability

Not all men and boys have a problem with dishonesty and responsibility, but enough do that the reasons are worth examining. From a young age, boys are socialized to have a strong aversion toward feeling ashamed. As a general rule (of course, there are exceptions), girls learn that being vulnerable draws people near while boys learn that vulnerability pushes people away. For example, many little girls are soothed when they cry, while boys are often told to “stop crying” and “man up.” In this, and in many other ways, the message is conveyed to boys that “weakness” is intolerable, and vulnerability leads to shame.

This continues in school. Being picked last for kickball, for example, makes one feel terribly humiliated (I should know, because it happened to me all the time). Losing in any competitive event can cause overwhelming embarrassment; indeed, winning matters so much largely because it eliminates the stigma of losing. If you insult a young man or his mother you can bet that "them’s fightin’ words,” because putting the offender in their place eliminates the shame of the insult as well as the perceived weakness of simply walking away—of course, it is our job to teach our boys that “turning the other cheek” (see Matthew 5:38-39) is actually a tremendous display of courage.

The fear of appearing weak, and the humiliation that accompanies it, drives the stereotypical male behaviors of not asking for directions, refusing to read instructions, and other instances where men must appear, at all times, to be in control and know what they’re doing. Admitting that they don’t know something, or that they’ve made a mistake, often leads to an intense fear that others will think less of them.

This is why so many men justify their actions, place the blame on someone else, minimize the seriousness of their mistakes, and speak dishonestly. They lie to the ones they love (or tell half-truths) out of fear that admission of error or guilt will lead to disappointment, disapproval, and, you guessed it, shame.

While it is no one’s responsibility to “fix” anyone else (they have to make that decision for themselves), you can help by creating an environment where imperfection is nothing to be ashamed of. Whether you are male or female, you can set a good example by taking ownership of your mistakes. Show them that no matter what anyone else does, we alone are responsible for how we choose to think or act. Work on improving bad habits and making amends with those you've wronged. Your example will have a greater impact than anything you say.

That said, words are important too. While it’s okay (and at times necessary) to express hurt or disappointment to the men and boys in your life if their words or actions have been hurtful or inappropriate, this should always be explicitly directed at the behavior, not at the person. This means no name-calling, no labeling, and no uses of the phrases “you always” or “you never.”

When males confess a mistake or apologize for wrongdoing, they’re being vulnerable with you, which is probably a huge risk for them (remember, many have been socialized to believe that vulnerability pushes people away). Reinforce their honesty and responsibility-taking by openly recognizing the courage it took to tell the truth and by letting them know how much it means to you that they’re taking ownership of their actions.

Be sure to express genuine love for the person. The Lord encouraged us to correct “betimes with sharpness, when moved upon by the Holy Ghost, then showing afterwards an increase of love towards him whom thou hast reproved, lest he esteem thee to be his enemy” (Doctrine and Covenants 121:43). They need to know that you respect them more for telling the truth and starting to make amends, not less because of their mistakes. It’s amazing how easy honesty and accountability become when they lead to increased closeness.

While the men and boys in your life are ultimately responsible for how they act, you can make it easier for them to make the right choices by eliminating shame and by reinforcing honesty. Also, it must be said that while the socialization of girls and women is often different from that of males, these principles apply to them as well.