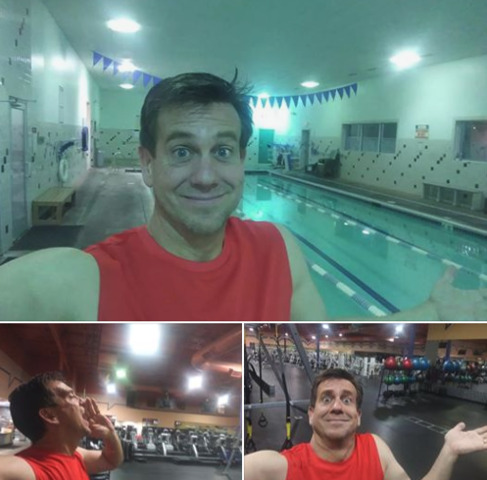 Latter-day Saint Dan Hill shared an entertaining experience he had while swimming at his local gym, 24 Hour Fitness, this past weekend. Contrary to the company's name, the business is only open 20 hours of the day instead of around the clock—something Hill discovered after the company in Sandy, Utah, had locked its doors while he was still in the pool.

In a series of Facebook posts, Hill shares how he was unable to find a way out of the building. Hill had to call the Sandy City Police Department, who helped Hill in the nick of time—the following morning was his son's farewell to South America.

"Fresh out from my enforced overnight fat camp stay at 24," he joked in his Facebook post. "Today was my sweet boy's farewell. He leaves for Chile in two short weeks. Sigh . . . How fast it has gone. God Speed Elder Hill!"

In spite of his late night swim gone wrong, Hill said he still loves 24 hour fitness—even if it doesn't quite live up to its name.