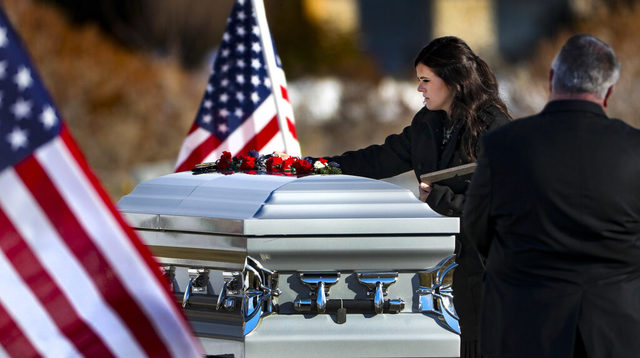 The Latter-day Saint soldier, age 25, was killed while providing security for troops on the ground, Church News reported.

Fuchigami was raised in Hilo, Hawaii, and Henderson, Nevada, and loved aviation. Graduating from high school in 2012, he joined the JROTC and the Aviation Magnet Program and received a pilot's license—one of the youngest to do so in his school's history.

Fuchigami attended Warrant Officer Candidate School and flight school, where he was selected to fly the AH-64 Apache helicopter.

Prior to joining the army at age 22, Fuchigami served a mission in Kobe, Japan. He married McKenzie Norman of Corinne, Utah, in the Ogden Utah Temple in 2019.

According to his obituary, Fuchigami "always stood up for his beliefs. He was ambitious, driven, and determined, and placed his priorities and values first. He was always true to his beliefs, but also considerate of others. He was often found doing small acts of service. He placed importance on relationships and serving others. He genuinely cared about people. He gave others the eternal perspective and attracted others with his vibrant light."

READ THE REST OF THIS STORY AT CHURCH NEWS