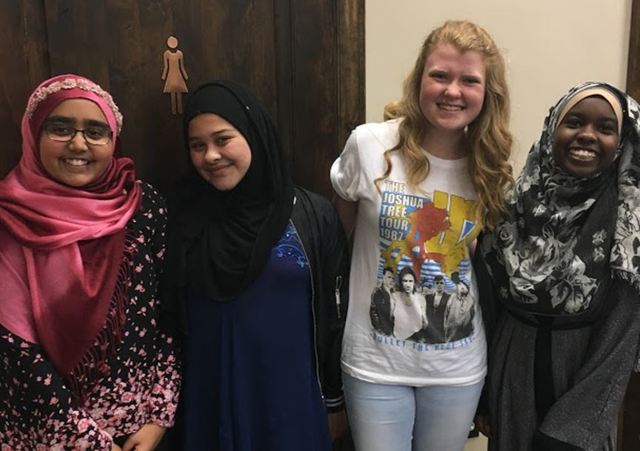 Anna Hughes knows the sting of religious discrimination and bigotry.

The 16-year-old Knoxville, Tennessee, resident lives in an area where she and her fellow Latter-day Saints are religious minorities. Occasionally, she’s been stereotyped and misunderstood because of her gospel beliefs.

So Anna felt an immediate kinship with a group of other Knoxville-area young women who, at first glance, might appear on opposite ends of the religious spectrum.

Last year, Anna and several other young women from the Grove Park Ward, Knoxville Tennessee Cumberland Stake, were visiting the Annoor Mosque to learn more about other religious congregations in their community.

After touring the mosque, the Latter-day Saint girls were invited to ask questions of their Muslim counterparts. No surprise, they wanted to know about their hijabs — the traditional veils or scarves worn by Muslim women.