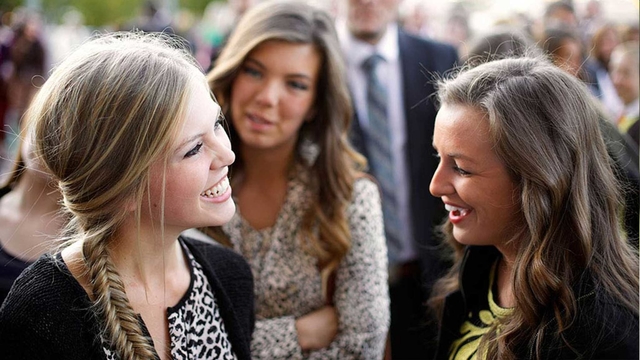 A recent Pew Research study shows the number of people who describe themselves as Latter-day Saints has held steady in the US over the past decade, while research shows a general decline in other Christian religions and Christianity overall.

However, the study also showed that the number of people in the US who identify as Latter-day Saint has held steady, staying at 2 percent throughout the decade.

An article published by Vox earlier this year also shares that while most Christian religions are seeing a decline, Latter-day Saints are holding steady and why that might be.

► You'll also like: Vox: Most Churches Are Losing Members Fast — but Not the Latter-day Saints. Here’s Why.

In theVox article, author Daniel Cox shares that the reason for the Church's steadiness during a continued trend of a decline in Christianity in the US is its focus on family. "Few religious communities have made the development and maintenance of traditional family structures such a central priority," Cox wrote.

This emphasis on family is crucial in maintaining faith traditions, Cox says.

"The structure of Mormon families is hugely advantageous when it comes to passing along religious identity," Cox wrote. "Family life has always been a critical source of religious vitality. It is the crucible within which religious identity is formed, rituals are learned and practiced, and beliefs take shape."