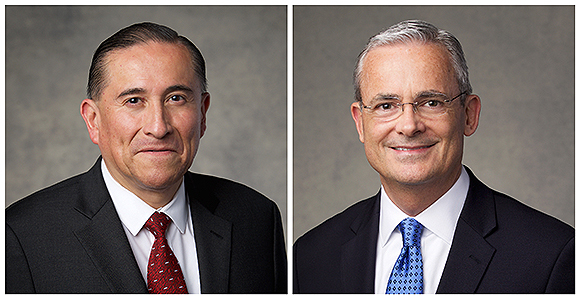 President Henry B. Eyring of the First Presidency announced the following changes to Church leadership at the Saturday afternoon session of the 187th Semiannual General Conference of The Church of Jesus Christ of Latter-day Saints.

Presidency of the Seventy

The First Presidency announced May 1, 2017, that Elder Juan A. Uceda and Elder Patrick Kearon would serve in the Church’s Presidency of the Seventy, effective August 1, 2017. The leaders succeeded Elder Donald L. Hallstrom and Elder Richard J. Maynes, who began new assignments in August.