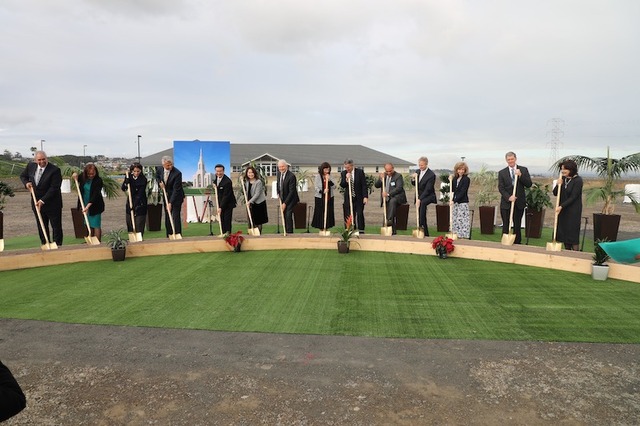 The Church purchased the property where the temple will be built in 1996 as a potential site for a meetinghouse or religious learning facility, Church Newsroom Pacific reported. Originally, it was occupied by Māori tribes of Tainui descent. When the property was purchased, a well-known leader gave the land a traditional Maori site blessing.

A few archaeological sites have been recorded in the area. During the construction of the nearby meetinghouse and New Zealand Missionary Training Center, the Church consulted archaeologists who found signs of early inhabitants. According to Church Newsroom Pacific, European settlement in the area dates back to the mid-nineteenth century.

Learn more about the history in the area and how the Church has worked to preserve it at Church Newsroom Pacific.