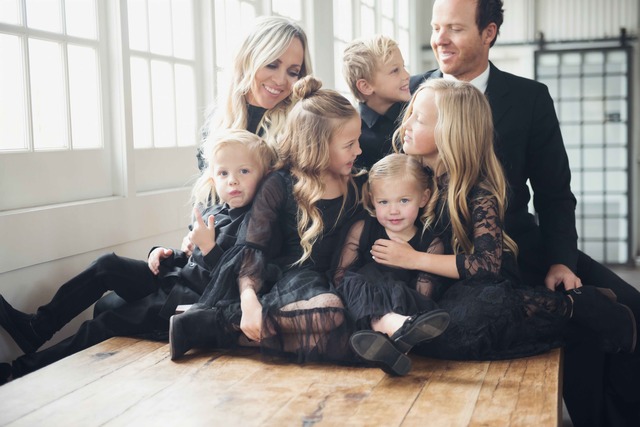 Less Than 2 Years after $8 Billion Acquisition, Qualtrics CEO Calls Business Success “Underwhelming” in Comparison to the Joy of the Gospel

On November 11, 2018, Qualtrics, the company co-founded by Ryan Smith, was purchased for $8 billion. And yet, Smith describes the day the deal closed and the checks cashed as “underwhelming.”

Experts wrote that the “Qualtrics deal outranks all other acquisitions of enterprise software companies in terms of first exits by VC-backed startups.” But on this week’s All In podcast, Smith said that listening to a prophet speak in general conference gives him “confidence and a level of purpose” he hasn’t experienced elsewhere.

Morgan Jones: Ryan, you said at BYU, in regard to faith, you said, "It's not cool to be all in. But I can promise you this, nothing will bring you more happiness than to be all in on your faith. Your faith is way too important to outsource to something someone else says." What does it mean to each of you to be all in the gospel of Jesus Christ?

Ryan Smith: Yeah…I said that because there was a quote there that said we also live in a day where doubt and cynicism is popular, in vogue. And I get that. I was recently at Harvard with a group of students and, you know, the muscle that we were attacking business problems with was one of doubt and cynicism and how to be skeptical. And it's really easy to question everything in that business environment, and that's actually how you come up with a formula to make great decisions. The problem is, it's the worst way to come up with the formula to make decisions on your faith—and that doesn't mean questioning. But faith and going all in, it's something you've got to do, and it's different for every single person. So for me, nothing I've ever done has ever been great if I haven't gone all in. And I think that, for me, and everything I've seen, it's really clear. I mean, we had a phenomenal success in the eyes of the business world. And I'll be honest with you, the day that we closed our deal, and checks cashed, and everything was there, it's probably one of the most underwhelming days of my life from a success standpoint. I'm just going to be super transparent with that. So if that's super underwhelming, and I know that joy comes from serving, and I found it in the gospel…I haven't had it at all outside.

Are there things that I question or things that I don't like? I always say the 50 greatest people I know are members of the Church that I want my kids to be like, but I'll turn around right after and say the 50 I don't want my kids to be anything like, they're also in that same Church, right? And that's true, but that happens everywhere. And you know, so much of my world is outside the gospel and the Church with the people I associate with, and they love what we have. They love the discussions we have about the purpose. And for me, the more I dig in, the more I go in, the more I put in, the more I try to feel; the more I feel, and the more I'm guided, and the more confidence I have.

Just even recently with this last general conference, I haven't wanted to listen to a general conference that bad since 9/11 happened. That conference was just a couple weeks later, and I was glued to the TV. During this pandemic, it's interesting. This happened in March, and here we are with another conference. And I was like, "Whoa." And hearing our prophet talk, I don't care who you are—there is a confidence and a level of purpose that came out of that that I haven't gotten anywhere else. Anywhere else. And for me, that's what I get every day when I go all in. And I'm either fortunate or unfortunate enough to know from a long history of my life without that, where I don't get that. And I just have a strong testimony of both having it not having it. Everything good I have in my life has come from the decision—including Ashley, including my kids, including everything that really matters—has come from having it. And that's my thought. That's how I feel about going all in.

And I just encourage people that if they're struggling, or they've got a lot of questions, or they can't get over stuff, just go all in, and I think you'll figure it out. And I'll tell you, the pros definitely way outweigh the cons in my mind, and I found happiness through that way. I probably experienced recently a lot of what other people think would be happiness. And I'm just telling you, it's not. It's not at all. It's super underwhelming.