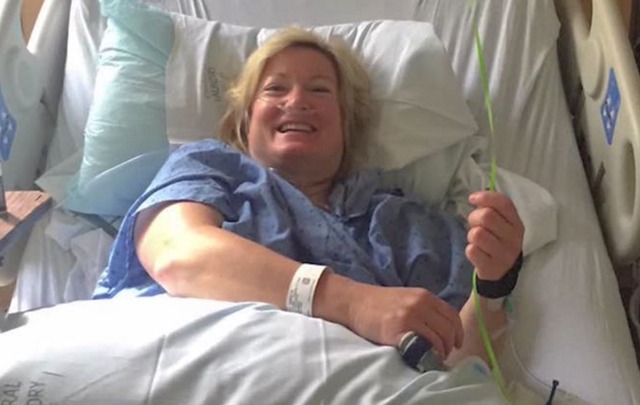 Letters from 3 Strangers Give LDS Woman Courage to Battle Cancer: "She Doesn’t Know This, but She Saved Me"

When diagnosed with cancer for the fourth time, Carolyn Billings began to wonder if she still had a reason to continue fighting. Then she received letters from three strangers that changed her life.

“What am I doing with my life?” Billings prayed. “What’s the point?”

That question came after Billings was diagnosed with bone cancer for the fourth time. Being single, she said she needed a reason to fight.

“I always joke and say, ‘What is the lesson I’m apparently not learning and what is it you’re wanting me to do?'” she said, addressing God. "What is it I’m supposed to be focusing on, and am I having any impact on it?”

Billings has had a great impact at Brigham Young University, helping countless athletes as a trainer. Today, she’s the school’s director of Sports Medicine. However, the 48-year-old still wondered if she was truly making a difference. Her answer came from three total strangers.

It started with Robert in December 2015 at an Orem grocery store.

Robert had lost his job and didn’t have enough money to pay for his groceries. Billings not only paid the difference, but she also went to the store’s ATM, withdrew $150 and secretly put it in his sack.