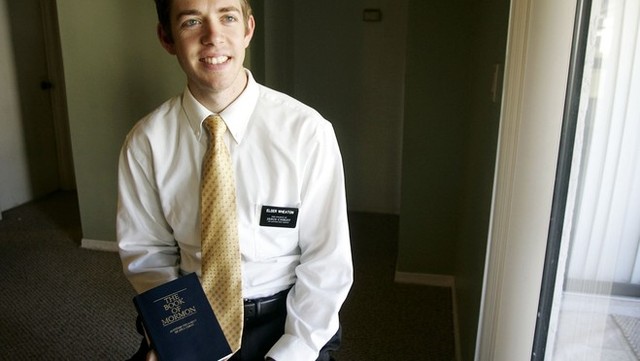 Life skills are learned on mission

Just about anywhere you travel, you'll find young men in white shirts, dark pants and ties wearing a name tag identifying themselves as missionaries for The Church of Jesus Christ of Latter-day Saints, also known as the Mormon Church.

From August 2008 to Aug. 11 of this year, 22-year-old Sebring resident Timothy Wheaton was one of them.

"I knew numbers and days of the week," said Wheaton, who admitted that he'd run into his high school Spanish teacher after returning to Sebring and that she was proud of how much Spanish he'd learned.

Missionaries do not get to choose where they go. They receive a letter in the mail informing them of where in the world they will be spending up to two years of their life, and what languages, if any, they will be expected to learn.
Read the rest of this story at tbo.com