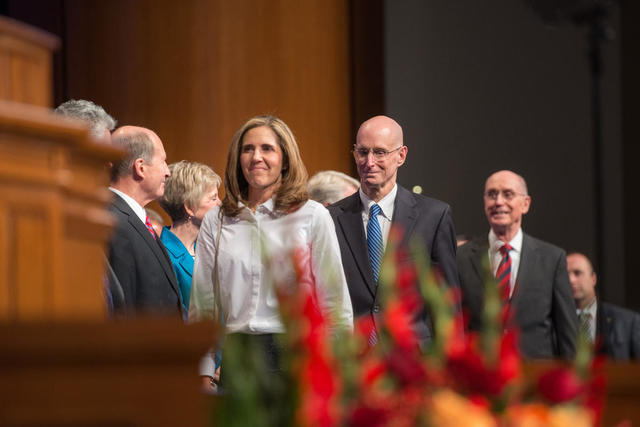 President Henry B. Eyring told his son Henry J. Eyring to put Jesus Christ at the heart of his service as he inaugurated him as the new president of BYU-Idaho.

In 1971, the eminent chemist Henry Eyring spoke at the inauguration of his son, Henry B. Eyring, as the 10th president of what then was Ricks College.

President Henry B. Eyring, now first counselor in the First Presidency of the LDS Church, installed his son Henry J. Eyring as the 17th president of what today is Brigham Young University-Idaho.

The new university president displayed the most emotion not for his father, but for his mother, who was absent due to health challenges. He also spoke passionately and plainly about what he sees as BYU-Idaho's challenge retaining and graduating its students.