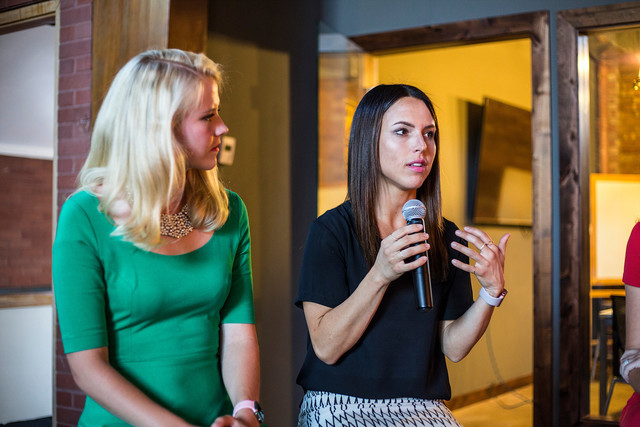 Listen: Bre Lasley, the Survivor of an Attempted Murder, Testifies That Heavenly Father “Dispatched Earthly Angels” to Save Her

On September 23, 2015, Bre Lasley was in her bedroom when a complete stranger climbed through her window and attempted to murder her. For six minutes, Lasley and her younger sister, Kayli, fought their attacker before a police officer arrived and shot her attacker, killing him.

A video on Lasley's Instagram account (@fightlikegirls) was filmed the night of the attack that almost took Lasley’s life. In the video, she can be heard clearly saying, “And then he got around and he put his knife up to my throat and that’s when I saw the policeman’s shoes. Heavenly Father was there the entire time, the entire time.”

In this week’s episode of All In, host Morgan Jones asked Lasley what she meant when she said Heavenly Father was there the entire time—how did she know that? The excerpt below is just a small part of Lasley’s experience that can be heard in this week’s episode. The excerpt opens with the moment Lasley saw the police officer’s shoes and includes her belief in a Heavenly Father who “dispatched earthly angels” the night of her attack.

BL: “That’s when I saw him. And from eight feet away, in the dark, Ben Hone gave my attacker three chances to drop the knife, and he didn’t. Instead, my attacker extended his arm. He was kind of playing peek-a-boo with his head from behind my head telling Ben to step back because he’s going to stick me. And he extended his arm to come back and stab me in the throat and when he extended his arm, his head came back from behind my head. Our cheeks were touching and Officer Hone took one shot and that one shot struck my attacker directly in the nose, which shut down his central nervous system, which ultimately made him drop the knife. If he (Ben Hone) would’ve hit him anywhere else, he (her attacker) would’ve been able to finish his last reflex and I wouldn’t be here.

“And I think that that’s a long way of answering your question. There was a lot of times that heaven was there. I said Heavenly Father and I mean that. I think that He sends help. He did send help. Elder Holland, I can’t remember what talk it was, but he said something about how angels are dispatched to save us, and that’s what happened to me that night. I believe that there were heavenly angels, but I also believe that heaven dispatched earthly angels—Kayli being one of them. Ben being one of them. Our neighbors across the street, who were EMT students, came over with their EMT bags and had gloves and were able to stick their fists in my wounds and keep the blood from flowing until an ambulance got there. There were so many angels that night and there’s no way to deny that there was heavenly help the entire time.”