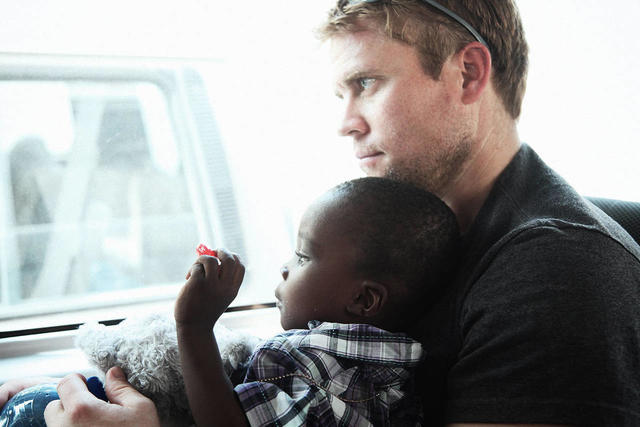 Listen: How the Scriptures Saved Tim Ballard from Being Killed by Human Traffickers

They were surrounded, their captors assuring them they were about to be killed. And in an area that was ruled by such men—where the traffickers were armed and Tim Ballard and the men of Operation Underground Railroad were not—what could stop them from following through with their threats?

“They told us, you’re up. You are going to die. And there was nothing we could do. . . . It was us with nothing and them with 400 weapons pointing at us,” Ballard says.

The traffickers even coerced the men, women, and children who Ballard’s team had just treated to turn against the anti-trafficking team.

After sending some of his men to try to calm the crowd to no avail, Ballard did something which, in his words, was not “tactically sound.”

Knowing he and his team needed a miracle, Ballard went to the one source that contained the kind of power he and his team were so desperately in need of. He entered one of the team’s vehicles and pulled out his Book of Mormon.

“And I just held it, and I thought of every miracle story of the Book of Mormon,” Ballard says, “of every angel story, because that’s what we needed; we needed an angel.”

His faith gave him hope that they were going to be okay, despite the seemingly insurmountable circumstances.

“I’ve been given assurances of the Lord that this work will go on,” Ballard says. “It wasn’t going to end right now. I had received those assurances—and so I could put my faith in those assurances.”

To hear the rest of Ballard’s story, along with other stories about the power of faith, listen to LDS Living's This is the Gospel podcast here: