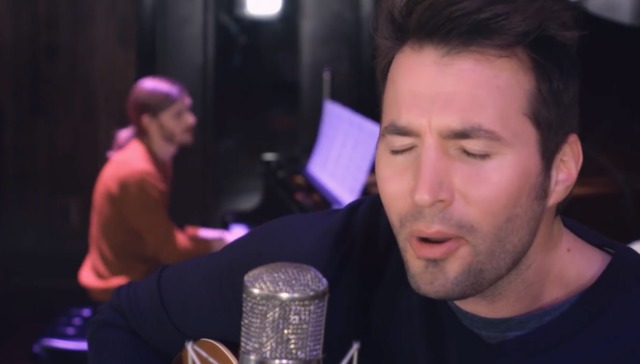 Listen: Nathan Pacheco Reveals the Elder Holland Quote That Led Him to Pursue a Career in Music

On September 12, 2004, Nathan Pacheco wasn’t a Billboard chart-topping artist. He hadn’t yet been on tour with Yanni or performed with the Tabernacle Choir on Temple Square. In 2004, he was just a senior at Brigham Young University who had a dream of pursuing a career in music. The classically trained tenor was sitting in the nosebleeds of the Marriott Center at a Church Educational System fireside when Elder Jeffrey R. Holland made a statement that served as the catalyst Pacheco needed to have faith to chase his dreams.

On All In this week, Nathan Pacheco, whose album My Prayer was released on Friday, shared with host Erin Hallstrom the statement Elder Holland made and why it was exactly what he needed to hear.

NP: Right. And that’s a good question, because it wasn’t until towards the very end at BYU that I recognized that I was going to go for it. . . . I did a study abroad program in Luca, Italy, and that was the summer before my senior year at BYU, and I would wake up every morning and go to Italian class, go to acting class, take a break and eat lunch in front of this beautiful piazza, and then go to opera class. And then towards the end of the program, we would perform what we had been rehearsing. So there I was with these beautiful people, eating great food, learning a beautiful language, and just being immersed in this beautiful culture. And I kept thinking, “Okay, how do I make this my job?” It was pretty amazing. It was after that that I actually went straight to Brazil and did a tiny little tour with a few other BYU students, and that was also incredible. And then after that I went back to BYU for my senior year.

I heard Elder Holland give a CES fireside just a few weeks after that semester had started, and he talked about faith and fears, and he talked about going after our dreams. And he said something that, to this day, I think about all the time. He said, “God is eagerly waiting for the chance to answer your prayers and fulfill your dreams, just as He always has. But He can’t if you don’t pray, and He can’t if you don’t dream.”

So, I probably had the worst seat in the house—the Marriott Center, for those of you who know what it’s like, several thousand people. I was behind him in the bleachers, way up top, but even still, it was kind of one of those moments where everything just kind of got quiet inside me and around me and I felt like I was learning a truth that I needed to learn. And I felt the Lord was taking notice of me and of my dreams—that He was breathing faith into my heart, if you will, and giving me the courage to chase after these dreams that I’ve had to kind of follow the path that Andrea Bocelli has followed, that beautiful style of music where he mixes the classical with the pop in such a beautiful way.

And I’m grateful that I decided to take that leap of faith and trust that the Lord would open up doors. It’s been a beautiful experience. Dreams haven’t come about overnight. I’ve also learned that there is always a wilderness between us and our promised land, but I’ve also learned that the Lord, without a doubt, provides manna for us in the wilderness. He provides those things that we need and He really does answer our prayers and fulfill our dreams. 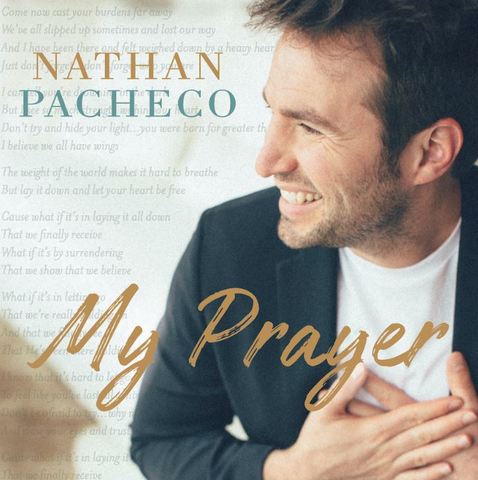 Award-winning tenor Nathan Pacheco's new album My Prayer is his most powerful offering to date. As the follow-up to his Billboard-charting album Higher, this album continues his exploration of spiritual songs that lift, inspire, and bring peace, My Prayer is an invitation to pause a moment in this frantic world and to find deeper spiritual connection and comfort.