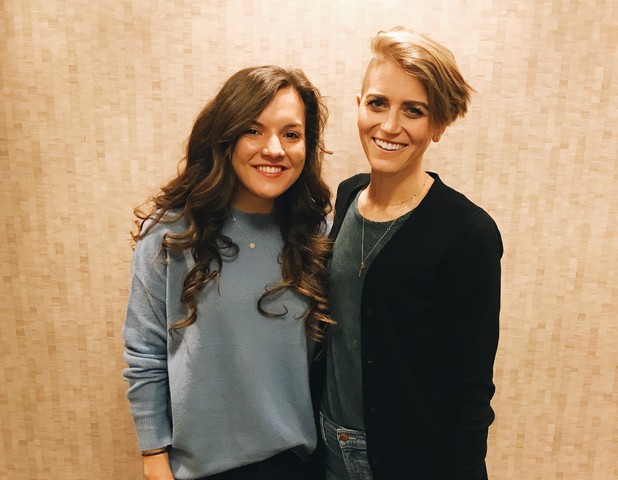 Listen: The Dream That Prepared a Cancer Doctor to Operate on One Latter-day Saint Woman

Kim White is a Latter-day Saint woman who has been battling stage 4 cancer for nearly five years—something doctors told her at the time of her diagnosis that she would be lucky to do.

But anyone who follows Kim (@kimcankickit) on Instagram knows that she often expresses gratitude for a man named Dr. Zendejas for giving her that time.

For example, in September, she posted, “I’m constantly wanting to over thank him for everything. His usual response is 'seeing you truly live life is the greatest thanks you could ever give me.' This man came to earth with a purpose. God knew he would change lives. I feel beyond honored that I get to be one of the lives he has changed forever.”

Dr. Z is the most incredible man. When he called me last night to go over the plan and explain why we weren’t moving forward with surgery today the first thing he asked was “how are you?” I replied “okay”. He could hear it in my voice that I was over it. Over the hospital appointments, over the pain, over the itching, over being complicated. But he didn’t try to downplay it or make it so everything was okay. He apologized for how frustrating this all is, showed understanding for me being in pain and then gave me the plan. Later in the conversation he said “I know this isn’t ideal. But you and I both know you are beyond strong enough to handle it. We’ve watched you get through worse. You’ll still be able to have a good winter and do all the things you love because you’re you.” Anyone could have said those things to me but hearing them from him gave me the comfort and relief I needed. I’m so grateful he has taken the time to support me in all that I do outside of “his job”. I understand how rare this is. There are not many surgeons that would use their open Saturday night to come listen to their patient speak at an all women’s event. But he did. When Dr. Stinnett was expressing gratitude for Dr. Z yesterday he talked about how screwed we would be without him. How the fact that he has watched me so closely to stay on top of all the complications that have followed my Hail Mary is such a blessing. If you mention stuff like this to Z he simply shrugs it off as “his job”. But we all know that he has done far more for my life than “his job” ever required. I’m constantly wanting to over thank him for everything. His usual response is “seeing you truly live life is the greatest thanks you could ever give me.” This man came to earth with a purpose. God knew he would change lives. I feel beyond honored that I get to be one of the lives he has changed forever.

On this week’s episode of All In” Kim shares the story behind her appreciation for Zendejas, a doctor who volunteered to attempt a very difficult surgery in hopes of prolonging her life. Up to that point, Kim had been told one particular cancerous tumor was inoperable, but when she was told that a surgeon stood up at a tumor board meeting and said he could remove the tumor, Kim was “fired up” and frustrated that someone would be arrogant enough to think they could perform such a surgery.

“I was like, ‘You have no idea what I’ve been through, who I am, and you just want to use me as your guinea pig to do some surgery to up your career, basically.’ I wasn’t having it,” Kim says. “But . . . we went to meet with him, and we were sitting in his office waiting for him to come in, and I was all fired up. And the second he walked in the room, all of that went away. And he walked directly over to me and he just said, ‘Hi Kim, I’m Dr. Zendejas. You can call me Dr. Z,’ and I knew before he’d even talked to me about anything that he was about to change my life forever.

“He sat there and told us how insane this surgery was, that there was a very likely chance I would die on the table, but then he said, ‘But if we don’t do anything, you’ll die in 2-3 months anyway. So we left his office scared to death but also knowing that he was the answer to so many prayers.”

A couple weeks later, in March 2017, Kim underwent what she now calls her “Hail Mary surgery” where 70 percent of her liver was removed as well as one-fourth of her right lung. Her IVC (inferior vena cava) was completely reconstructed. The surgery lasted 12 hours.

“They nearly lost me several times,” Kim says. “At one point Dr. Z says he just threw his hands up in the air and walked out of the room because he had worked on me for 11 hours and he couldn’t get me to stop bleeding and they were just pumping blood into me and it was coming out faster than they could pump it in. He later told me that he left, went and got some food, went to the bathroom, and when he came back in, he didn’t even know how, but the anesthesiologist managed to keep me alive. He was like, ‘If you had had any other anesthesiologist, you wouldn’t have survived that surgery.’”

But she did. Kim has since undergone many other smaller surgeries and has been “recovering” for nearly two years. She is currently participating in a clinical trial as she continues to fight cancer. Below, All In host Morgan Jones asked Kim a bit more about how she knew Dr. Zendejas was someone she could trust upon meeting him.

Listen to the full episode here.

MJ: I’m curious Kim, the Dr. Z part of the story is fascinating to me. How did you know, what was it about him when he came into that room that made your tune kind of change immediately?

KW: I honestly believe, he’s not a member of our church, but he is a man of God, and anytime I praise him for what he did for me, he always gives credit to God. He prays before his surgeries; he told my dad the morning before my surgery that this would be the third time performing the surgery on me. And my dad looked at him and said, ‘What? What are you talking about?’ And he said that he dreamt it in detail, step-by-step, twice before the morning of my surgery. He was like, ‘I go to bed thinking about her, I wake up thinking about her.’ And the incredible part about it—I can’t talk about him without crying—he lived in Florida and practiced in Florida for 15 years and had no plans on moving. He hadn’t even been there [in Utah] for a full year when I met him. A colleague had reached out to him and saidm ‘Hey, there’s an opening up at IMC, I really think you should apply for it. This is perfect for you.’ And it was the head of liver transplant surgeries and he was like, ‘No, not interested. We just built a house in Florida.’ A few weeks later, his colleague called him again and said, ‘No, you need to come check this place out.’ So he came and, to his surprise, he loved it. He went home and told his wife he felt like he needed to come to Utah. And I just, I believe that the second he walked into that door, God was just telling me, ‘This is it. This is him.’ I think that has a huge part to do with the fact that he has a strong relationship with God, and I’m just so grateful for that.

Lead Image: All In host Morgan Jones is photographed with Kim White.

Mormon Life All In Dream RevelationAll In,Dream,Revelation,Mormon Life
Comments and feedback can be sent to feedback@ldsliving.com