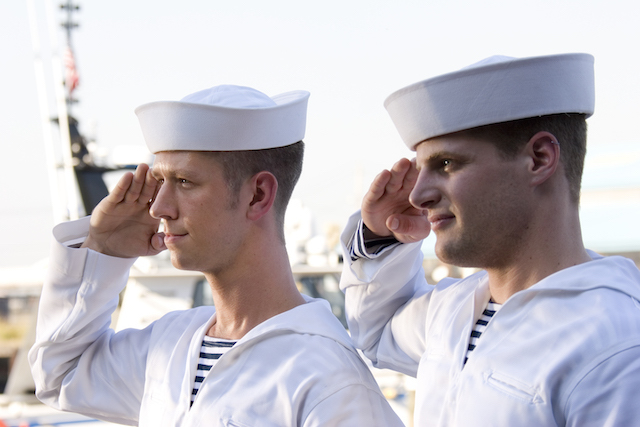 Listen: The Order a Canadian Seaman Refused and How It Helped Him Share His Faith

"You obeyed orders. You did it precisely. You did it accurately, and if you didn't, then you paid for it."

These were the words Warren lived by in the Candian Navy.

As a 17-year-old, Warren enlisted in the Candian Naval Reserve as a way to save for his upcoming mission for The Church of Jesus Christ of Latter-day Saints.

"I liked the structure of the military," Warren shares in a This Is the Gospel podcast episode. "I liked learning how to follow instructions as a young high school student. I remember being put in positions where I had to respond to my superiors in ways that were kind of rough."

Like the time when Warren was asked to move bunks out of a barrack and fell asleep during the break that followed.

"I was tired; we had been working all day and it was hot," Warren says with a chuckle. "I was made to run quarter-mile laps over and over and over again in full green uniform, boots, in very warm temperature. My bet is it was 80, 85, 90 degrees."

Experiences like this had made Warren very aware of the harsh consequences that came from disrupting the order of military life.

So when a special dinner was announced where there would be no rank, and no one giving orders, Warren was excited to participate.

But there was still incredible structure. In the dinner, there would be three vice presidents at each table and one president. If a seaman was caught breaking decorum, the vice president would address the president who would then determine if the infraction was severe enough to elicit a punishment. There were also taboo topics: no one could talk about work, politics, or religion.

With his shirt crisp and hat on just so, Warren, like many of his fellow comrades, were determined not to draw attention to themselves and to follow procedures exactly.

That was until Warren noticed that there would be wine served with each course of the dinner, something he didn't know would happen.

"I thought, 'Well, maybe I could have the wine go into the glass and I'll bring it to my lips and I won't drink the wine,' but that didn't feel right," Warren shares. "There's doing the right things and there's also avoiding what the scriptures talk about with the appearance of evil. To me, if I was going to take that wine and bring to my lips, then what was the difference?"

Warren had the server pour him a cup of water instead of wine. He was feeling fairly comfortable about his decision until everyone was asked to stand for the first toast.

"The vice president said, 'I have someone toasting at my table with water rather than with wine.' So the president asked everyone to sit down except for me. I was to remain standing with water."

Every eye was turned to Warren as he stood alone. His face turned red under their gaze and he began to sweat.

"Honestly, I was terrified at that moment," Warren says. "Mr. Vice President indicated to the president that I was toasting with water. Navy tradition was that if a sailor toasted with water, a sailor would die. And he asked that my contents, the contents of my goblet, be replaced with wine over the water. This was the moment that was terrifying for me."

Listen to the podcast below or read the full episode transcript here to find out what happened next.