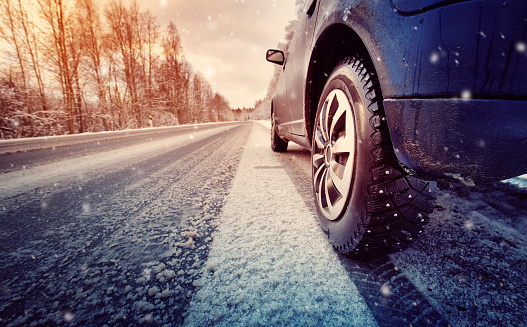 Listen: The Unlikely Encounter in the Middle of Nowhere That Helped a Stranded Family Get Home

Somewhere on the Utah-Nevada border in the dead of winter is not the ideal place or season to have a car break down, especially when that car is full of six children.

But while Cheryn and her family were heading home from Christmas at her grandparents' home in Preston, Idaho, that's exactly what happened.

"My dad got out of the car to see what was wrong and if it was something he could fix," Cheryn says in a This Is the Gospel podcast episode. "But it was so cold. The thermometer said it was 17 below outside, and that didn't take into account the wind chill factor, and it was crazy windy."

After an examination of the car revealed no obvious fix, Cheryn's dad got back in the car. With the temperature well below freezing and no way to get home or anywhere warm, for that matter, the family said a prayer.

In that prayer, Cheryn remembers her father asking if they could find out what was wrong, get somewhere where they could fix it, or get back to their home in Sacramento, California, safely.

Fortunately, a state trooper saw the car and called a tow truck to get the family to the nearest town. But a ride in the tow truck cab with six children, two adults, and one tow truck driver was more than a little crowded.

"The tow truck driver kept asking my brother to get his foot on the accelerator because there was just no room," Cheryn says. "His foot kept slipping over into his space and he would move his leg and his knee would pop the gears out of place. We were very cramped. There was a lot of groaning and 'ugh!' as we would turn or hit a bump and a lot of laughing." 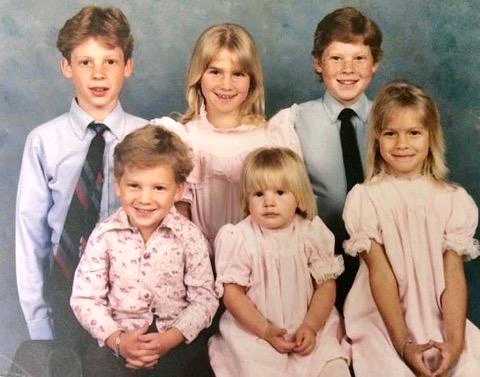 Cheryn and her siblings. Image courtesy of Cheryn.

After arriving at a small gas station, the family of eight slid out of the tow truck and Cheryn's father went to work trying to fix the broken-down car. But Cheryn says that it was so cold that her father could only have his gloves off for a short time before his fingers became too stiff to move.

Cheryn and her siblings were making the best of being stranded at a gas station in the middle of winter by playing and running around, trying to stay warm and occupied.

Of course, this kind of frolicking and the family's extended stay led to several bathroom breaks, and the station owners were not so happy about Cheryn and her siblings using their gas station bathroom over and over again.

"You could tell that they were not very happy with us there," Cheryn says. "My mom even bought snacks to try and say, you know, 'We are customers. Can we use your restroom?'"

And that's where Cheryn saw someone she never would have thought to see in a small town near the Utah-Nevada border: their neighbors from California.

As the families chatted, Cheryn's neighbors decided they wouldn't go anywhere until Cheryn's family was able to make it safely home—which turned into quite a challenge. No one was able to fix the car. So the decision was made that Cheryn's neighbors would tow the broken-down car. Cheryn and her siblings would ride in their neighbor's van while Cheryn's mother, father, and oldest brother rode in the car.

"I remember being very warm. I remember being in there very tight and snuggly and secure," Cheryn says. "And we were singing and playing games and falling asleep on each other." Her parents and older brother, however, had a very different experience. With no power to keep them warm, Cheryn's parents and older brother were "bundled up in sleeping bags. They were just really cold in the van riding home trying to keep that towrope tight."

And that task proved treacherous. With only 20 feet of towrope, the two families navigated icy switchbacks through the Sierra Nevada mountain range.

Along the way, there were several times where the tow rope would suddenly snap.

"It snapped five times," Cheryn says. "And they would stop, and you could just feel the van, you know, as a kid, I just remember thinking, 'Oof,' you know, there's a little extra power here."

By the time Cheryn's family made it back home, there was only seven feet of towrope left.

Even as a young child, Cheryn remembers how significant this experience was to her.

Today, Cheryn, a mother with her own family, remembers this experience whenever she feels defeated. She knows that prayers are answered, even if in the most unlikely of ways.

"I know because of this experience that I had when I was 10 years old with my family that prayers are heard and answered," she says. "And you never know how they are going to be answered and you never know who is going to answer them."

Click on the player about or click here to listen to Cheryn's story on the This Is the Gospel podcast or read the transcript at ldsliving.com/thisisthegospel. Cheryn's story begins at the 18:07 mark.