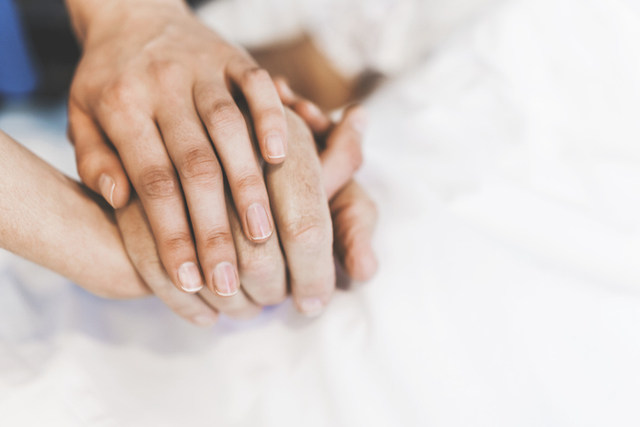 Listen: What Loss Taught 2 Women About God's Plan for Them

Sometimes the Lord directs us to places where we never thought we would go. Discover how two women's trust in the Lord strengthened them to accomplish God's surprising will.

She and her husband were standing on the steps of the Capitol building in Washington, D.C., and were looking out into the city.

They had made the trip from their home in California to the East Coast to visit their daughter, who was attending school in Virginia, and had stopped at the nation’s Capital, a place Teresa’s husband had never been.

“He just looked at me like, 'Yeah, right,'" Teresa says with a laugh.

Thirteen years later, the couple was moving closer to retirement, and they were looking forward to spending time with family and serving missions as a couple.

“We had lots of plans and dreams, like most couples do,” Teresa says.

Those plans never came to fruition, however, as Teresa’s husband had been experiencing headaches and fatigue for about a year and was diagnosed with multiple myeloma, a type of cancer.

Although they were promised that he would live to see their grandchildren graduate high school, it wasn’t much longer before he passed away.

“My last conversation with him . . .  I told him, ‘Oh honey, I’m sorry. It’s time for you to go home. You need to go home to Heavenly Father,’" Teresa says. “I honestly felt that I had sufficient faith that if he was supposed to live, then he would live, and if he wasn’t, what was I supposed to say to God? . . . I trust Heavenly Father.”

While Teresa and her husband’s plans were never fulfilled, God’s plans for Teresa became evident as she experienced miracles and received direction from God after her husband passed.

It started with the suggestion that she should run for a village council position.

And after asking the Lord for direction, Shauna felt like it was His will and threw herself into the election process.

More than anything else, she spent time among community members and listened to their thoughts and opinions.

“It seemed like the one thing people wanted to talk to me about more than our community was my faith,” Shauna says, “and they wanted to talk to me about being a member of The Church of Jesus Christ of Latter-day Saints. People would always ask me about the temple; they’d ask me about my temple clothing. They would ask me things that I think they didn’t feel like they could ask someone else, and here I am, sitting at their table.”

When Shauna happened upon an ugly issue that divided the community, however, she started receiving threats, and a man actually broke into her home and confronted her before running off.

“I just really questioned, 'What am I doing?' But I would always come back to, ‘Yes, you’re supposed to be here; you are supposed to do this,’" she says. “And I remember asking for a blessing that weekend from my husband, and, again, I was told, ‘You are in the right place; you’ll be protected; it’s okay. Get back in there.”

Shauna remained in the race. Election Day came, and for a moment, she won.

The machine count didn’t match the ballot count, however, and after a hand recount of the votes, it was discovered that Shauna had lost.

To find out how God directed Teresa to Washington D.C. and the fulfillment of the promise she made on the Capitol's steps years earlier, or to discover how Shauna reacted after finding out she had lost the election after the vote recount, listen to the full episode of This is the Gospel here: