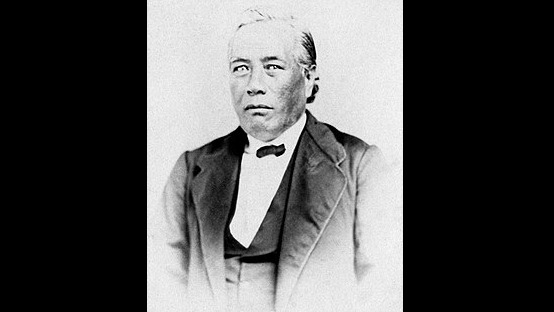 Many of us are in isolation right now—confined to our homes and distancing ourselves from loved ones and our church communities because of a pandemic. For many of us, one result of this separation might be anxiety about how to stay faithful despite not being able to attend formal worship services.

But we can take courage because throughout history, many Latter-day Saints have experienced war, disease, or other circumstances that left them alone in their countries, yet they remained faithful.

The July 2018 issue of the Ensign contains an article entitled, Keeping the Faith in Isolation, which highlights the stories of some of these isolated yet devoted Saints. The article features stories from all over the globe and different time periods, including Czechoslovakia, Japan, Hawaii, Argentina, and Côte d’Ivoire.

While our world is faced with the COVID-19 pandemic, these stories of members persevering and worshiping despite isolation might offer us the strength to carry on.

The Only Latter-day Saint in Czechoslovakia

When Františka Brodilová joined the Church in Vienna in 1913, she was not anticipating the outbreak of the First World War the following year. But after the war, Brodilová’s husband was offered a post in the new government in Prague, and upon moving, Brodilová was the only member in the entire country of then-Czechoslovakia.

Her husband died soon after the move, and Brodilová was left with two daughters to care for. She raised her daughters in the gospel despite not having contact with Church leaders for many years.

Brodilová wrote letters to Church leaders abroad for over a decade, urging them to send missionaries to the country. On July 24, 1929, Brodilová’s efforts came to fruition when Elder John A. Widstoe dedicated Czechoslovakia for the preaching of the gospel.

In regards to the organization of a mission in Czechoslovakia, Brodilová wrote, “Few people can realize the joy we experienced. . . . We [had] been praying for years for this day.”

The Ensign article also noted that Brodilová eventually assisted in translating the Book of Mormon into Czech.

Laying the Foundation for the Church in Hawaii

When Jonathan H. Napela and his wife, Kiti, were converted to the gospel in 1851, Napela was forced to resign his judgeship.

Napela devoted his time to growing the Church in Hawaii, including tutoring missionary George Q. Cannon in the Hawaiian language, translating the Book of Mormon, and developing a program for foreign missionaries.

The Ensign reported that as a result of Napela’s efforts, more than 3,000 native Hawaiians joined the Church within three years. Of the mighty conversions, Napela wrote, “There are many upon these islands who have obtained strong faith by the grace of God, through Jesus Christ the Lord, that we might receive the Holy Ghost.”

Decades later, Napela’s wife contracted leprosy and was required to move to a leper colony. Although Napela did not have the disease, he requested to join his wife in the colony as to not be separated from her.

► You'll also like: "They Called It Hell, and We Called It Heaven": The Story of Exiled Saints in Kalaupapa Leprosy Settlement

Napela became the branch president in Moloka’i and continued to do missionary work in the colony and minister to those afflicted. Napela eventually contracted leprosy and died as a result.

Read more about these stories as well as other stories of how Latter-day Saints maintained their faith in isolation here.

Faith EnsignFaith,Ensign,
Comments and feedback can be sent to feedback@ldsliving.com