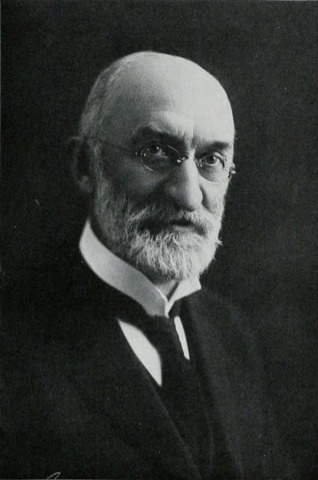 Purpose: To help family members understand the blessings that can come from perseverance in the face of difficulty

Although Heber J. Grant’s life was not easy, he is well known for his perseverance. A favorite saying of President Grant’s was, “That which we persist in doing becomes easier to do; not that the nature of the thing has changed, but our capacity to do has increased.” Here are three stories illustrating President Grant’s determination and diligence in the face of difficulty:

1. While growing up, Heber wanted to be on the baseball team that would win the Utah Territorial championship. However, none of the other boys wanted him on their team because he was unable to throw the ball from one base to another. Despite his physical weaknesses, Heber earned and saved money to buy a baseball with which he could practice. He spent hours throwing the ball against the bishop’s barn wall as he tried to hone his skills. Eventually he was able to be on the winning baseball team for California, Colorado, and Wyoming.

2. With faith, diligence, and the Lord’s help, Heber J. Grant overcame many challenges. For example, in his youth he set a goal to become a bookkeeper. Bookkeepers were required to have very good penmanship, though, and Heber did not have this talent. In fact, many of his friends found fault with his sloppy writing, calling it “chicken scratches.” But Heber was not put off. Instead, he simply began practicing his penmanship until it improved so much he was invited to teach penmanship at one of the local schools. He was also able to reach his goal of becoming a bookkeeper.

3. Later in his life, Heber J. Grant set a goal to learn how to sing. Many people laughed at his voice when he sang because it was so out of tune. Some even said President Grant’s singing sounded like someone getting their teeth pulled. Just as he did with baseball and handwriting, Heber began practicing to improve. Once as he traveled on a carriage to a conference in Arizona, he sang so much his companions pleaded with him to stop. But Heber continued practicing until eventually he was able to stay on tune when he sang his favorite hymns.

1. Print a copy of “7 Scrambled Proverbs.” Discuss the meanings of these common sayings in relation to persistence, diligence, and determination. Ask, “Do any of these sayings relate to President Grant’s actions?”

2. Have a family competition using the three talents Heber J. Grant strived to develop. See who can throw the best strike, demonstrate the nicest penmanship, and sing a song completely in tune. Give an award to the family member who performs the best in each area or overall.

3. Ask family members to come to FHE prepared to share a talent. For example, they may sing or play an instrument, display a piece of artwork, recite a poem, tell a joke, or share an experience they had using their talents elsewhere.

1. Cartoon versions of Heber J. Grant’s persistence in practicing baseball, learning to sing, and as a hard worker have been published in the Friend.

2. Chapter 7 of the CES manual, Presidents of the Church (available online at www.ldsces.org), discusses the persistence and diligence of Heber J. Grant. Included in this chapter is a painting of President Grant as a boy throwing a baseball.

3. Numerous websites offer free, printable penmanship worksheets for practice, both in cursive and in printing.

Fhe ,Fhe
Comments and feedback can be sent to feedback@ldsliving.com