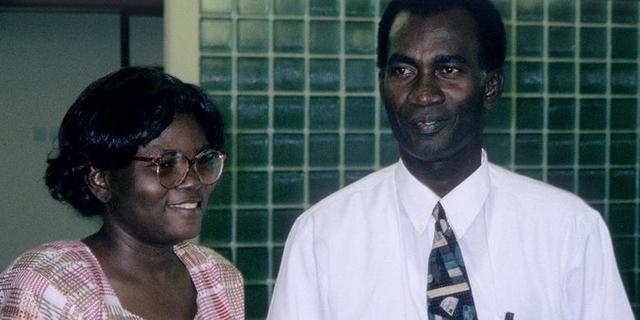 Living Under the Priesthood Ban: Black Mormons Share Their Experiences of Faith, Hope

The following article, posted on lds.org, shares the story of six faithful black Latter-day Saints who were members of the Church when the priesthood ban was lifted.

The Bible tells the story of a people who knew trouble and grief. In the Old Testament, the children of Israel were dragged away from their homes as captives and enslaved in distant lands. Later, the Israelites’ homeland was occupied by foreign powers that ruled with a heavy hand. The people waited for salvation in part because they knew what it is to endure bondage.

On both sides of the Atlantic, slavery and imperialism led to deep divisions between white and black populations. Laws typically treated white people as superior. After The Church of Jesus Christ of Latter-day Saints was organized in 1830, some black people embraced the restored gospel and a few black men were ordained to the priesthood. However, the racially divided culture of the time and threats of outside persecution posed challenges to racial integration in the Church.

Starting in the 1850s, the Church followed a policy that restricted black members’ access to full participation in the Church by declaring them ineligible to be ordained to the priesthood or receive temple ordinances. For several generations, many black Latter-day Saints, like many black people around the world, made the most of difficult circumstances while hoping for a better future.

As the Church began to expand globally in the decades after World War II, a growing number of black people converted to the restored gospel. In Africa and in the Americas, a new generation of black pioneers placed their trust in the Lord to open up a way for them to one day participate fully in the Church. Although there were encouraging signs of a change in racial attitudes both inside and outside of the Church, racial discrimination continued to be widespread, and the priesthood and temple restriction on black Saints remained. The experiences of three couples—Charlotte Andoh-Kesson and William Acquah in Ghana, Helvécio and Rudá Tourinho Assis Martins in Brazil, and Joseph and Toe Leituala Freeman in the United States—shed light on what it was like to be a black Latter-day Saint in the years leading up to the 1978 revelation that made priesthood and temple blessings available to members of the Church regardless of race.