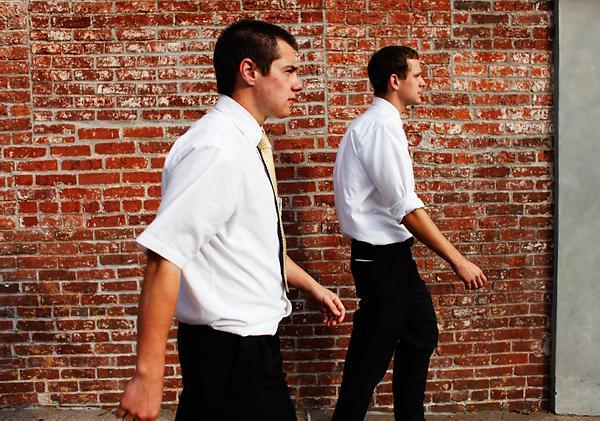 Tyler Hemenway and Sean Marett haven’t been home to Utah in nearly a year and a half. They talk to their families on the phone only twice a year, on Christmas and Mother’s Day.

They receive letters, which they say helps with the homesickness, but are not permitted to watch TV, listen to the radio or to read newspapers and magazines. When they go jogging, they do it without an iPod.

Hemenway and Marett, both 20, are part of the current crop of 51,000 Mormon missionaries spread around the globe.

The two young men seem to relish following the rules.

But, as Marett points out: “For the most part, missionaries are a pretty obedient bunch."

That obedience and service to the Church of Jesus Christ of Latter-Day Saints is part of the reason Columbia's Mormon community is expanding.
Read the rest of this story at columbiamissourian.com