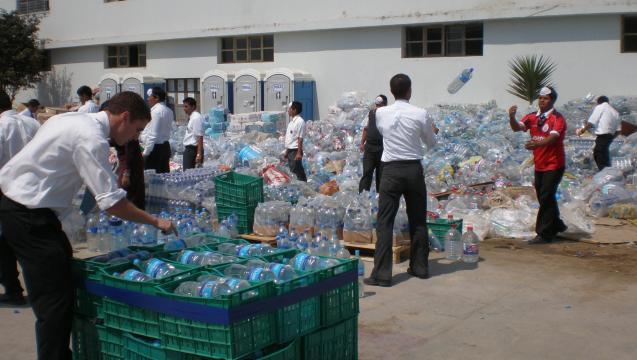 The only thing that rivals the Mormon church’s ability to spread the word is its ability to cope with emergencies.

Within 36 hours of the earthquake striking off the coast of Sendai on March 11, the Utah-based Church of Jesus Christ of Latter-day Saints announced that all 638 of its missionaries in the country -- 342 Americans, 216 Japanese and 80 from other nations – were safe.

“Whether it is Haiti or Japan,” said David Evans, a senior leader in the church who serves in the missionary department. “This is how it works everywhere.”

Chalk it up to a culture of discipline and emergency preparedness. The church has a detailed hierarchy and network that works in ordinary times to maintain cohesion among followers, and in disaster to locate them.
Read the rest of this story at msnbc.msn.com