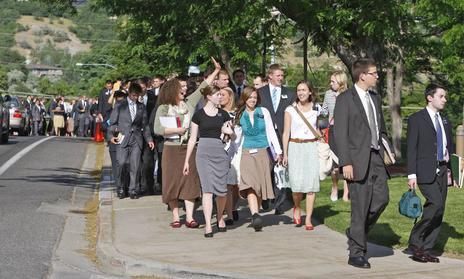 No marathon was scheduled for that day, but on June 11 the march of thousands of missionaries from the Provo Missionary Training Center to the Marriott Center resembled a race.

The trek to another location for the usual Tuesday night devotional is seen as a symbol of the increased numbers of missionaries following the age change announcement in the October 2012 general conference.

“It’s (especially powerful) since this is the first time we’ve needed to come to the Marriott Center,” said Nicholle Peng, a missionary from Bountiful, Utah, who will serve in Taiwan.