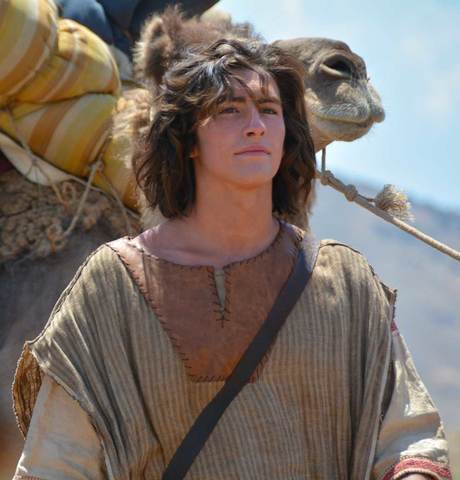 “What I’ve learned about Nephi is in the decisions he’s made. He had to trust in the Lord that that was the right thing to do,” Jackson VanDerwerken said. “These videos really humanize him, and I believe I was cast as him because of experiences I have had that have allowed me to react to situations the way he would have reacted. I just trust that how I would act is how Nephi would have reacted. Of course, Nephi was a much more faithful person than I am, but he still is a man. He made the right choices at the right time. And that’s what we need to realize — that the big choice matter but also the little ones, too.”

Last summer, Jackson VanDerkwerken spent his summer across the country from his family in the desert of Goshen, Utah — not a typical summer for the then-17-year-old teenager — but when you’re cast as Nephi for the Book of Mormon videos, it’s necessary.

And it turns out his role of Nephi and separation from his family served another purpose, helping him prepare for a mission for The Church of Jesus Christ of Latter-day Saints. In May, VanDerwerken received his mission call to Brazil Sao Paulo East Mission.

“I was shaking when I was opening the letter because I was so anxious and excited,” VanDerwerken said. “When I flipped over the letter and I saw what was there, the realization hit me that this was going to tell me where I’m going to spend the next two years of my life. … It is what I was praying for. I was hoping for a mission that would allow me to serve others in the best way I could serve them, and it confirmed that to me when I was reading it. I knew it was the right place.”