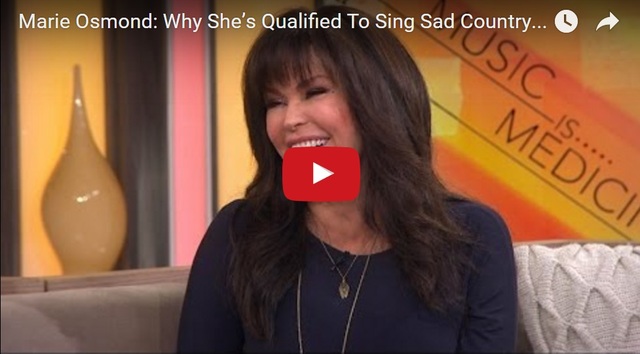 On Access Hollywood, Marie Osmond shared how music has helped her through heartache and dark times to find peace and healing.

After her divorces, after the death of her son, and in so many other instances, music helped carry her through. And more than that, her family was always there to support her. With eight children and three grandchildren, there's no doubt about it that Marie and the rest of the Osmonds still remain a tight-knit family.

Near the end of the interview, Marie also shared how difficult Hollywood and the entertainment world can be on women. In fact, it was at only 15 when Marie was told she was an embarrassment to her family and needed to lose 10 pounds or she would be dropped from the show.