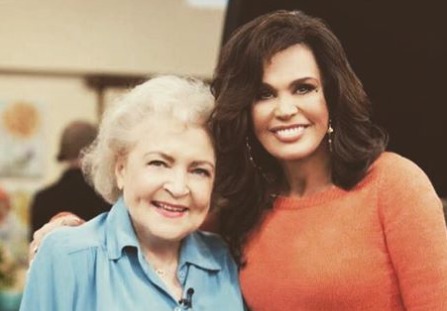 Face it, this is adorable.

When an iconic Mormon singer and an iconic actress have a solid friendship, it's bound to be awesome.

Especially when it comes to wishing each other happy birthday.

Happy 95th Birthday to my "second mother" and one of my FAVORITE people @BettyMWhite!! Hope U have an amazing day! 💋💕🎉🎈 pic.twitter.com/00KifUGhmb— Marie Osmond (@marieosmond) January 17, 2017

It's encouraging to see that they still have such a wonderful relationship.