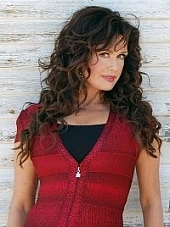 Marie Osmond will talk with Oprah about son's suicide

According to Popeater, Marie Osmond has said that her interview, to be aired later on in November, will be her "first and only interview" about her son's untimely death.

A friend of Marie Osmond told Popeater the following about Marie's decision to talk about this tragedy.

"Marie never imagined she would have the strength to talk about this devastating subject, but with so many gay teens committing suicide recently she had no choice," the friend said. "Against the advice of her family and friends Marie herself decided it was time to speak out and called Oprah to ask if she would be interested."

The part that says "against the advice of her family and friends" makes some people wonder if Marie Osmond will tell Oprah that her late son was gay. There were many who speculated as much before the young man took his own life, and there are many who still believe it to this day.

Read the rest of this story at gather.com