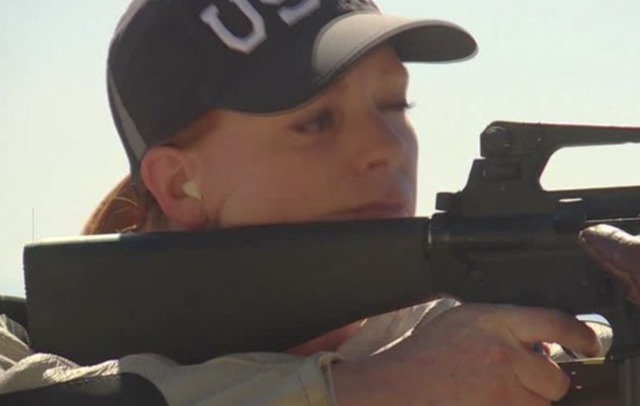 Marine, Marksman, Mom: How an LDS Woman Became One of the Military’s Best Shooters

“The men from the other countries were (whispering), ‘Oh, look at this woman,’” Julia Carlson smiled. “They couldn’t believe there was a female Marine that was coming up to get this award.”

She didn’t even know the value of winning the first time it happened. Julia Carlson was just 16 years old when she picked up a rifle at a shooting competition — an undertaking she insists was largely fueled by a desire to impress a boy — and she aimed, started shooting and won.

“I thought he would like me if I won,” she said. “So I went up to talk to him, because winning is what gave me some nerves, and he walked away from me. He just wouldn’t talk to me, and that feeling I got that I had done something really good — I wanted that feeling again, so I started competing more.”

What had been a hidden talent developed into a passion that soon pointed her toward military service.