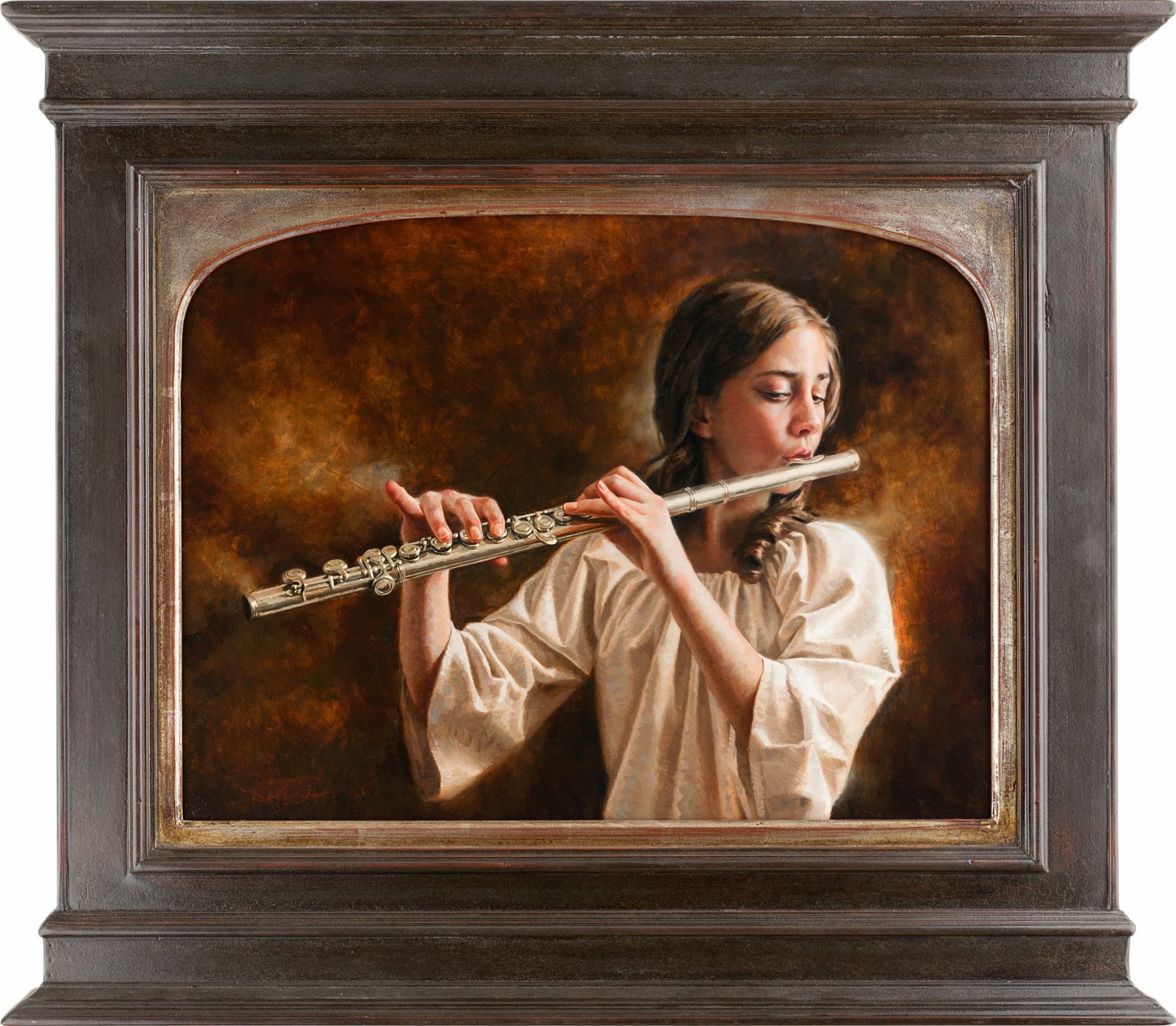 Danis an award winning fine artist from Lehi Utah.  As a young boy Dan dove deep into art, always known as “that kid that doodles on everything”.  Growing up art was an everyday passion for him. After serving an LDS mission those artistic passions grew as he painted full time for his Major at UVU, always doing commissions on the side to help provide for his growing family.  After graduation he was taken under the wing of his mentor William Whitaker, who pushed him hard to improve his skills. The last few years his attention has been turned to spiritual and religious paintings. “I want to be a part of uplifting families in their homes with inspiring paintings that remind the viewer of their beliefs, values, discipleship and the truly important”. Dan paints and teaches out of his home studio where he is supported by his beautiful wife and three children.

Travis grew up in Wellsville, Utah, although he lived some years in both California and Idaho.  The appreciation and love of art in all forms was fostered and nurtured in him while still a young child. He enjoyed creating works of art from sculpting oil based clay to winning a 5th grade art competition. In high school he worked enthusiastically with a variety of mediums directed by his AP Art teacher, Maurice Wiberg. After serving a two year LDS mission to Leon Guanajuato, Mexico, Travis enrolled in Brigham Young University Idaho with an emphasis in photography while also exploring an interest in architecture.  Travis received his Bachelors of Arts in 2010. While pursuing his dream of obtaining a degree in art, he studied every medium but finally decided to focus on oils. Travis Wood learned from a group of excellent art teachers, including: Greg Thorkelson, Leon Parson, Josh Clair, Sally Ellis, and also lifelong friend of the family, Mike Malm. Travis continues to pursue excellence in art. He is exploring projects in color and light while maintaining an old-master’s-like style. He currently lives and works in Salt Lake City, Utah, devoting his time and energy in the creation artwork.

Scott grew up in San Diego area and has lived in Utah for the past 11 years. He graduated from BYU and  has been a full time Photographer  since 2008. He loves to take all sorts of photographs including wedding photography. He travels extensively and speaks 5 different languages. He is currently working on the “Faith in America” project and is traveling thought out the United States.

No “Meet the Artist” on this day.

Steve was born in 1956 in Salt Lake City, Utah and continues to live there in the area with his wife.

At the age of ten, Steve began painting in oils with his grandfather, who was also an artist. Two years later, his grandfather bought him his first paint set.

Steve's education in Art ranges from studies at the University of Utah to travels in Russia, Paris and England. While in Russia, he gained a wealth of knowledge from Russian artists and from frequenting museums and art academies. He continues his education through painting and studying with other artists.

Steve admires the spontaneity and light of the Impressionists and the rich values of the Old Masters. He saw many of these works first hand in Russia and Paris, and has combined the strengths of these two schools to create his own style. Using an extremely limited palette, he acquires amazing color harmony in each painting.

Steve can often be found in a rural area or in someone's garden painting "en plein aire" with his good friends, fellow artists. He feels that the sounds, smells and atmosphere play an integral role in the true emotion of each painting.

Meet and chat with all these artists at the City Creek Deseret Book store every Friday from 1:00-3:00 pm!