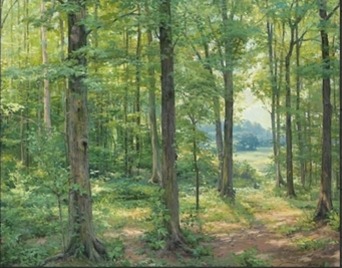 Justin Kunz is an American representational artist, teacher, and designer of United States coinage. He holds a Bachelor's degree in Illustration from Brigham Young University ('99) and a Master's degree in Painting from Laguna College of Art and Design ('11). He has studied with many highly respected artists, including Jeremy Lipking, Joseph Todorovich, Perin Mahler, John Nava, Jon Swihart, Robert T. Barrett, and William Whitaker. Kunz’s paintings have been received recognitions in exhibitions throughout the United States.   He is currently Assistant Professor in the Department of Visual Arts at Brigham Young University. Justin lives with his wife, Heidi, and their four children.

Dave Merrill started drawing at an early age. He remembers being at church, drawing funny faces and playing tic-tac-toe on the backs of the velvet fold-down chairs. Then, one day his grandmother gave him a piece of paper with a logo of an elephant carrying a log. It was a logo for a paper company. "I tried to copy that elephant and the log when something clicked in my mind," he said. "I realized how rewarding it felt to recreate something I saw. Then to increase that satisfaction, my grandma told me what a beautiful drawing it was…and how good I was that day in church." Eventually an art teacher told him he could make a living using his talent. She encouraged him to work even harder to bring more beauty into the world. He followed her counsel and decided to become a painter. While studying at BYU, Dave took a trip to Santa Fe, New Mexico. After showing his work to different galleries, he met a gallery owner who wanted to hang his paintings. A few months later he had sold nearly everything he sent and his art career took off. Commission work began to pour in and collectors sought his work. Other galleries wanted his artwork, and started selling his paintings. He has always appreciated those who have believed in his vision.

From his earliest years, Mike Call has always enjoyed drawing, painting and sculpting. He began his professional training studying painting at Ricks College. His training at Ricks culminated in a rare internship with Edward J. Fraughton, one of the finest western sculptors in the United States. While working with Ed, Mike helped in the production of the award winning monument in downtown Omaha, featuring a monumental sized wagon train, a herd of buffalo and a flock of Canadian geese. (There is now a documentary on the project called The Making of an American Monument. Mike is listed in the credits.) After working for Ed, Mike moved to Connecticut to finish his degree in sculpture at the Lyme Academy College of Fine Arts, a unique institution dedicated to a traditional approach to figurative art. In 2006, Mike was awarded the First Place Walker Hancock Prize from the National Sculpture Society in their annual competition for emerging artists. Since graduation, Mike has completed many sculpture projects including a series of sculptures celebrating the history of the Boy Scouts. His bust of Lord Robert Baden Powell, the founder of the Boy Scouting movement, is displayed in public and private collections across the world (Canada, United States, Argentina, The United Kingdom, Belgium, Luxemburg, Germany, Spain, Portugal, Italy, and Australia). During 2007, the centenary of scouting, Mike was commissioned to create a limited edition sculpture of the Gilwell Oak to be sold at Gilwell Park during the International Jamboree.

Shirley Taylor McKay was born in New York and grew up in Chicago. Encouragement at a young age stimulated her interest in art. As a young girl, Shirley and her mother regularly visited the Art Institute of Chicago. Her father, an inventor in the field of radio and television, was also an excellent studio photographer who let his daughter assist him in the studio and the darkroom.

Shirley creates art with watercolor, acrylics, casein, collage and even Chinese inks on rice paper -- sometimes all on the same work. She loves Chinese painting and has been influenced by travels in Asia as well as studying with Asian instructors.

Linda Curley Christensen, born in Idaho, reared in Salt Lake City, Utah, started painting when her family was young.  She has received substantial attention in recent year--being privileged to paint for the Church of Jesus Christ of Latter Day Saints at their Conference Center, South Visitor’s Center, and temples throughout the world, as well as heading a mural team. Linda, a very prolific artist herself, has found a new love in mentoring other artists.

Recognition’s include the National Gertrude Folgeson Art Award, signature status in Oil Painters of America, and she was named one of Utah’s top 100 Artists. She recently won the championship round of the worlds first "Western Art Rodeo".

Linda believes familiar scenes and people around us all the time are waiting for the right moment; right light to illuminate their beauty, thus giving a rare glimpse of their soul.  The artist considers this a rare jewel gained from her years of painting, the ability to search for and find that beauty.

Prickly Rock Studio is near Linda’s home where she and her husband Greg, reside with their family in Wallsburg, Utah.