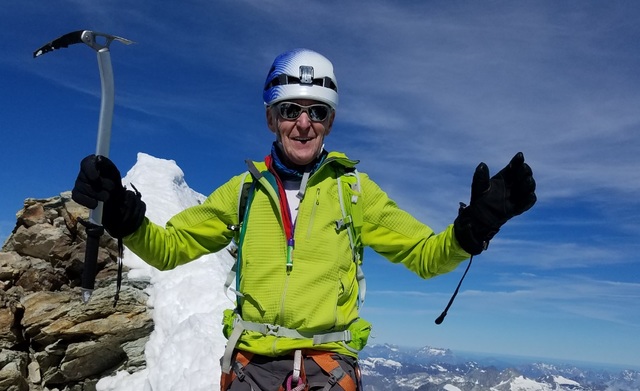 Most patriarchs in The Church of Jesus Christ of Latter-day Saints don't own an ice ax, teach technical climbing classes, or summit world-famous mountains.

Nile Sorenson, a 69-year-old patriarch in the Placentia California Stake, knows this, noting that the perception of patriarchs can be that they are "old men who just sit in their house and give blessings," he said in a phone interview with the Deseret News. "I do that, too."

Yet Sorenson, an avid climber and outdoorsman who grew up in the shadow of Yosemite National Park, has climbed hundreds of mountains in the western United States, as well as the highest points in North America, South America and Central America. 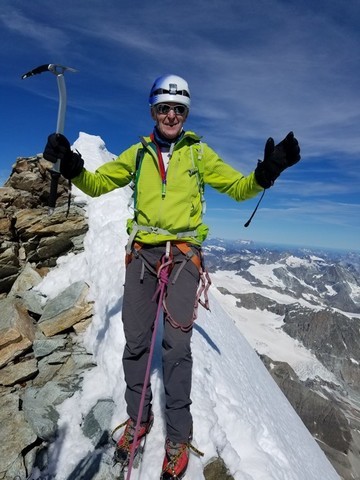 Last July he found the energy and strength to scale the majestic Matterhorn in the Swiss Alps.

"How many patriarchs have climbed the Matterhorn? It's probably a remote number," Sorenson said with a laugh. "The Matterhorn is probably one of the most iconic mountains in the world. Everybody talks about Mount Everest and stuff like that, but almost everybody recognizes the Matterhorn. That probably a lot of that has to do with Disneyland. ... It’s a cherry in the climber’s log of peaks."

A lifetime of experience and training combined with climbing talent resulted in another of many spiritual experiences that Sorenson has felt on reaching the top of a mountain. The Matterhorn, a pyramid-shaped peak with an elevation of 14,692 feet along the Switzerland-Italy border, was no different.

"If you look through the scriptures, how many examples do you have of people going to high mountains?" Sorenson said. "It’s a special thing to be up and above everything. When you get on to these peaks and you look down at the Lord's creations, all the wonderful things, it’s an inspiring thing." 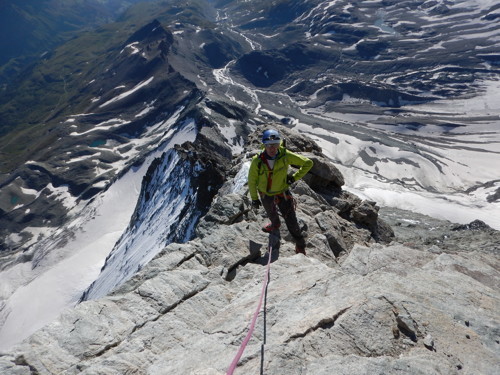 When asked how he has been blessed to keep climbing rigorous peaks in his golden years, Sorenson, an orthodonist living Yorba Linda, California, said he was blessed with good genes.

"I acclimatize more easily than most people," Sorenson said. "This may be due to my red blood cell count or the makeup of my hemoglobin. I also have a strong heart and good circulation. But with all that you still have to put in the hours of training and work."

Sorenson trained for several months in preparation for the Matterhorn. He climbed several 14,000-foot peaks in California to acclimatize himself and spent two days a week sleeping at high altitudes above 10,000 feet, among other activities.

Then he traveled to Switzerland with four mountaineering companions. When he caught his first glimpse of the lofty Matterhorn, it was intimidating, he said.

"I was confident when we left. I thought that I was ready," Sorenson said. "Then I saw the peak and there were a lot of butterflies."

About 3,000 people climb the Matterhorn annually with up to 150 attempting the ascent each day. More than 500 have died on the mountain, going up and coming down. An average of five climbers die each year, although the number has dropped down from eight in the 1990s, according to matterhornchalets.com. 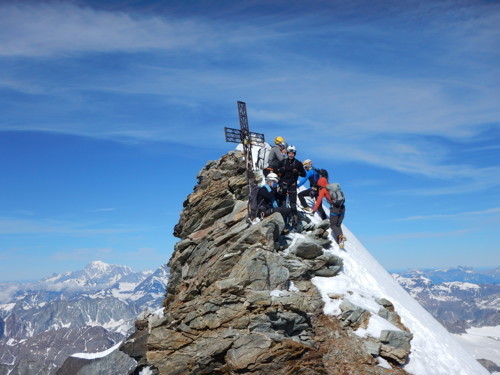 Sorenson explained the Matterhorn ascent begins with a gondola ride from nearby Zermatt to a little over 10,000 feet, then you hike a few hours up a rough, rocky trail to Hornlihutte, a "good-sized hut," where you can eat, sleep, and gather strength before the real fun begins. From the hut, the roughly 4,000-foot climb to the top and back down must be done in a day.

"It's like a rustic climber's hotel," Sorenson said. "From that hut, you go maybe 100 yards and the next thing you know you're on a vertical rock. ... It's a significant challenge and a lot of people who start don't make this climb."

Sorenson's group started up with headlamps in the darkness at 4 a.m.

"The first part was difficult and technical, but you’re fresh, you’re confident and you have other people around you," he said. "About halfway up you’re starting to run out of gas. The altitude is beginning to affect you. And then some doubts begin to creep in. 'Hey, can I make this? Can I keep pushing myself? Am I my capable of doing this?' Those are some of the emotions."

The reason Hollywood does not make more mountaineering movies is because most of the time people are fighting altitude sickness and vomiting. It's a drudgery-type thing where you are battling your body all the way up, Sorenson said.

"Your brain is telling you, 'I'm tired, I'm not feeling good and I want to go down. So let's go down,'" he said. "There is a kind of personal conquest you have as well."

Sorenson's preparation and experience helped him to fight off the doubts and uneasiness.

"I knew that if you just keep working along, set your pace and keep putting one foot in front of the other, most of the time it turns out well," Sorenson said. "I was motivated to do it. We kind of helped each other along the way and kept the morale up." 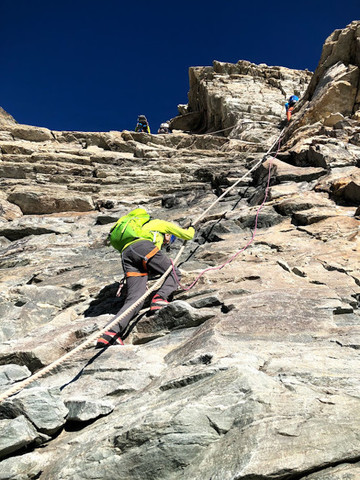 Finally reaching the summit brought forth a sweet feeling, the veteran climber said.

"The high mountains kind of bring that to me," Sorenson said. "Knowing that physically you have accomplished this, that you have pushed yourself, but also that you're now looking out on this wonderful creation that we live on, and you're seeing things that 99 percent of the population will never see. It's a neat feeling."

While most hikes and climbs are twice as fast going down, it took almost as much if not more time coming down the Matterhorn. Sorenson was grateful to again reach the hut, he said.

After conquering the Matterhorn, Sorenson's group went to France to tackle Mont Blanc, the highest point in Europe. Unfortunately, heavy snowfall caused officials to close down the mountain. Sorenson plans to try it again, but will always cherish his memories of the Matterhorn.

"My experience on the Matterhorn was a once-in-a-lifetime dream," he said. "This is the most iconic mountain in the world. It is technically not easy. It is physically demanding, requiring both strength, endurance, and altitude acclimatization. The mountain has a great climbing history with legendary tales and it is in a wonderful country that is known for its mountains."

All images courtesy of Nile Sorenson