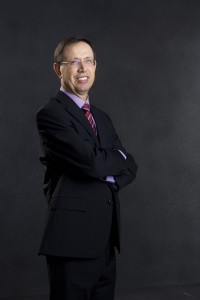 Can teaching Brazilians new languages turn Carlos Wizard Martins into a billionaire? The question asked two years ago by a Forbes article was answered today with the purchase of Grupo Multi by Pearson – a media and education company with 36,000 people in more than 70 countries – for $719.6 million in cash.

Language learning is set to keep growing in Latin America’s largest country, mainly thanks to the World Cup and the Olympics coming, the growth of the middle class and of Brazil’s tourism sector. Consider that fewer than 3% of Brazil’s 200 million people are fluent in English and it is easy to realize why Pearson, owner of the Financial Times, has been investing so heavily in the Brazilian market. In 2010, Pearson acquired a Brazilian school system business for $372 million, Pearson’s largest-ever acquisition outside of the U.S. before today’s announcement. Founded in 1987, Wizard’s Multi Group is the market leader in Brazil’s booming language teaching industry, with over 2,600 franchised schools, generating over 20,000 jobs and more than 800,000 students.

However, according to Martins, more exciting than the deal with Pearson, was the 25 years journey that took him from poverty to legally giving himself the middle name “Wizard” to almost claiming the newest spot on Forbes World’s Billionaires list.

Everything Else Business Education BrazilBusiness,Education,Brazil,Everything Else
Comments and feedback can be sent to feedback@ldsliving.com