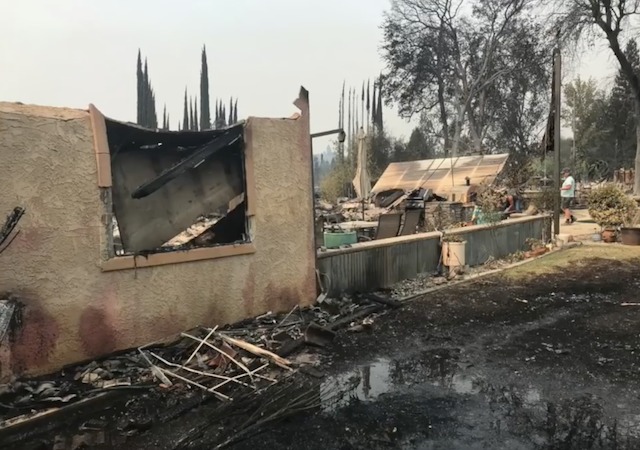 “The Lord uses different forms of trials to help build us,” said Sister Sheri Gordon, the Relief Society President of the Sundial Ward, “I know that these families who have lost [so much] will have hard times, but they don’t seem to be bitter toward the Lord. They feel that people care about them and they feel that the Lord cares about them as an extension of what other people have been willing to do for them.”

The question of which of your possessions you would save at a moment’s notice is a hypothetical that frequently arises in social settings. But for the members of the Church in the Redding California Stake this past week, the question became all too real as a wildfire, dubbed the “Carr Fire” tore through their community destroying at least 20 homes belonging to members of the Church. The fire is still ablaze and has burned more than 154,000 acres and destroyed over 1,600 structures making it the 6th most destructive wildfire in California history.

It was started when a trailer being pulled along Highway 299 got a flat tire, a fairly insignificant incident, but when the metal rim of the wheel hit the asphalt the resulting sparks quickly took the moment from commonplace to catastrophic for the entire region.