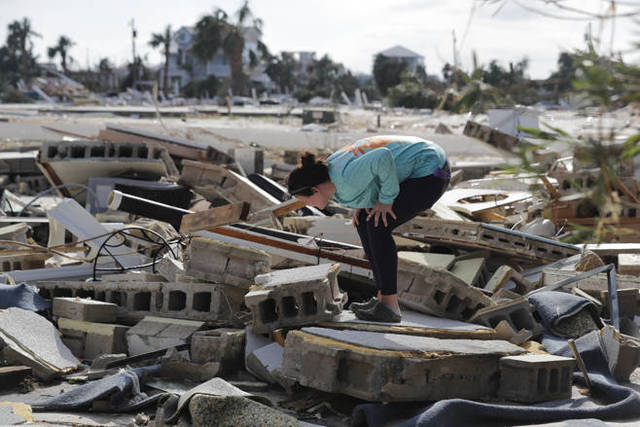 Homes were demolished and roads were flooded after Hurricane Michael made landfall on Wednesday, leaving some members trapped inside their homes by the debris. "We’re going to have faith that the Lord is going to give us clear roads to be able to help the people,” said Area Seventy Elder Douglas B. Carter about the cleanup efforts ahead.

On Thursday, local priesthood and Relief Society leaders were still assessing the toll exacted by Hurricane Michael, which made landfall Wednesday along Florida Panhandle coastal communities as a Category 4 hurricane.

Homes have been demolished and neighborhoods inundated by floodwaters. Meanwhile, almost a half-million customers were reportedly without power Thursday in storm-impacted states.

Elder Carter spoke to the Church News about the storm’s impact on Latter-day Saints and Church-owned properties while traveling from his home in central Florida to the Panhandle.

There were no reports of injuries to members, and all missionaries in storm-impacted regions are safe and accounted for. But the homes of many Latter-day Saints were destroyed or suffered some degree of damage.

Mormon Life HurricaneHurricane,Mormon Life
Comments and feedback can be sent to feedback@ldsliving.com