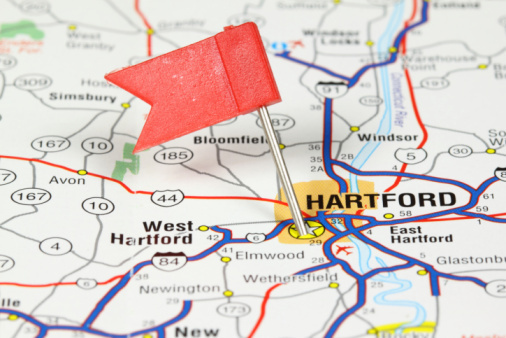 Members in Conn. excited about new temple, for the second time

At this month’s General Conference, President Monson announced five new temples, one of which will be built in Hartford, Conn. The funny thing is, the temple was already announced--18 years ago.

At the Oct. 1992 General Conference, President Hinckley announced that a temple would be built in Hartford, but three years later, in the priesthood session in Oct. 1995, he explained that "After working for years to acquire a suitable site in the Hartford area, during which time the Church has grown appreciably in areas to the north and south, we have determined that we will not at this time build a temple in the immediate area of Hartford." Instead, two temples would be built to the north and south in Mass. and N.Y..

"We apologize to our faithful Saints in the Hartford area,” President Hinckley said. “We know you will be disappointed in this announcement.”

Jason Frost remembers the announcement, and the change.

“I remember that soon after they announced that the Hartford Temple would not be built, President Hinckley, then a member of the First Presidency, came to our stake for a special fireside,” he said. “He essentially apologized that the temple wouldn't be built in Hartford at that time. I was recently talking with my mom and she remembered him saying that if we were faithful, Connecticut would eventually get a temple. I never thought it would be so soon.”

Now the Saints in Connecticut, who for the most part attend the Boston, Mass. temple, will have a temple of their own. For Frost, the commute was an hour and a half to the temple, while Julie Brinkerhoff had to travel two and a half hours to get there. Frost said now it will probably be within 30 minutes of his house. All agree that the closer proximity will bring great blessings.

“The Hartford temple will be a much more convenient location for members in Connecticut,” Brinkerhoff said. “It will allow couples a more practical opportunity to attend the temple more often. For stay-at-home mothers like me, we'll be able to go to the temple while our kids are at school.”

Her husband, Adam Brinkerhoff, the bishop of their ward, knows the spiritual growth that will occur as a result. “This [is] a wonderful blessing for the members in our area. The more we attend the temple, the greater spiritual strength we develop, especially the youth. It will also allow many others the opportunity to serve as temple workers.”

The blessings can extend to those that are not members of the Church, too. “I see it being a huge boon to missionary work in the state,” Frost said. “There aren't tons of members in Connecticut, and a lot of people don't know much about Mormons. The temple will be a great conversation-starter. Having a temple in Connecticut will be a great influence.”

While the temple site has not yet been announced, Rick Satterfield, webmaster of LDSChurchTemples.com, said that “It generally takes 3-5 years from announcement to completion—one to two years for design and approval and two to three years for construction.”