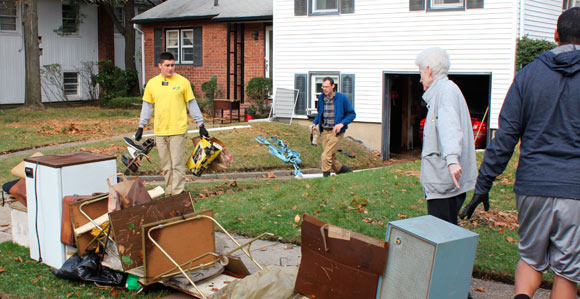 Members on the East Coast begin cleaning up wreckage from storm

An 8-year-old boy from an LDS family from Montrose, Pennsylvania, is counted among at least 82 people whose deaths have been linked to Hurricane Sandy.

The boy, Matthew Stahl, was killed when an upright branch snapped off a large tree on his family’s property. Someone had come to the door to deliver food for the family’s cattle before the storm had hit the area. Matthew Stahl asked his father if he could go outside to play. The father said no, but the boy ran out anyway, according to President Ken Cooper, first counselor in the Scranton Pennsylvania Stake, who has home taught the family for 16 months. It was calm outside and had not yet started raining, but within less than a minute, a limb of 8 to 9 inches in diameter snapped and fell on the boy.

“The family is doing the best as can be expected,” President Stahl said.