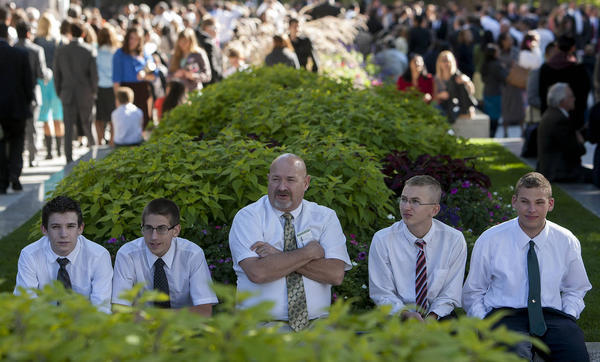 Men Urged to 'Rise Up' and Be Shepherds at Priesthood Session

Comparing home teachers to shepherds, President Thomas S. Monson, president of The Church of Jesus Christ of Latter-day Saints, urged the men and young men of the church during Saturday night’s priesthood session of the 183rd Semiannual General Conference to be true shepherds who lead their sheep rather than sheepherders who ride casually behind their sheep.

“The wisdom of the Lord has provided guidelines whereby we might be shepherds to the families of the church,” President Monson told a gathering of some 20,000 men and young men in the church’s Conference Center in downtown Salt Lake City, as well as hundreds of thousands of others watching through satellite and — for the first time — television and Internet broadcasts.