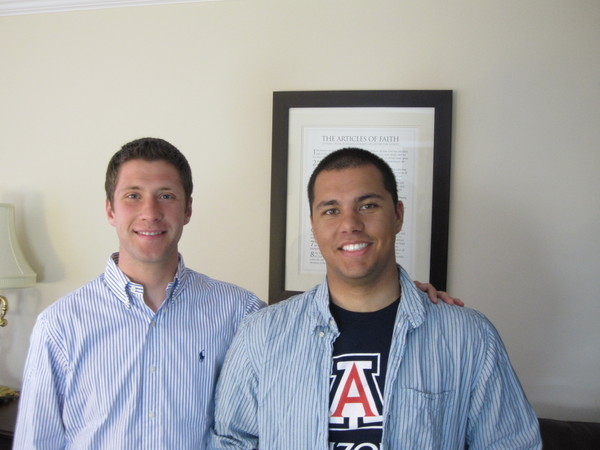 For John Junca and Anderson Malaikal, being home will take some getting used to.

“It feels weird,” says Malaikal, about seeing his family.

Malaikal, 21, and Junca, 22, came home last Wednesday and Thursday after two full years away from home on a mission for the Church of Jesus Christ of Latter-day Saints in Livonia.

Malaikal and Junca both attended Northville High School, and were teammates on the wrestling team. Though the Mormon population is not as large in Michigan as in Utah, Malaikal says “it’s still there,” and “it’s growing.” Members of his church, from Northville, Novi, and South Lyon, have gone on missions across the country, including Arizona, Colorado, California, and even outside the country.

Both men served their missions in different parts of the world; Malaikal was in Tucson, Arizona while Junca was in Viña del Mar, in central Chile. However, they ran into many of the same problems.
Read the rest of this story at northville.patch.com