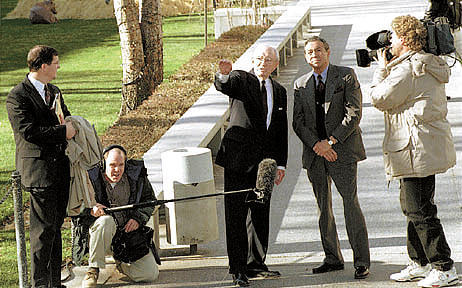 When Dave Checketts heard that his friend and neighbor Mike Wallace was going to interview Gordon B. Hinckley, he was worried.

This was in 1995 and Wallace was famous for his tough interviewing skills on "60 Minutes." He didn't interview people, it was said; he interrogated them. It was also noted that the worst sentence you could hear in the English language was, "Mike Wallace is here to see you." He went one-on-one with hardened, tough politicians, crooks, business leaders and assorted battle-tested characters and turned them into oatmeal. And now he was about to interview the beloved president of The Church of Jesus Christ of Latter-day Saints on national TV.