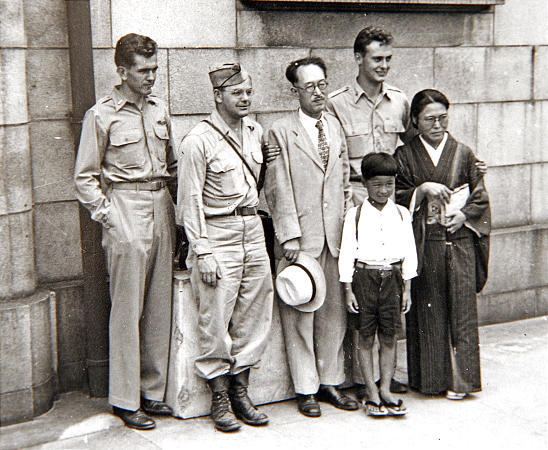 They wore dog tags, not name tags, and instead of white shirts and ties, they were recognizable by Army fatigues and dusty boots. As occupation troops in Japan after World War II, soldiers were tasked with evaluating the damage, beginning the rebuilding process and organizing the transport of soldiers going back home.

Yet, for LDS Army servicemen like C. Elliott Richards and now President Boyd K. Packer, their military experience became more like LDS missions as they dedicated themselves to teaching and testifying to former enemies about the love of Jesus Christ.

"If there is true love and understanding of our Heavenly Father's plan, then it doesn't matter what color people's skin is," said Richards, who since his Army days has served as an LDS mission president of the Philippines Cebu Mission, an LDS temple president of the Jordan River Utah Temple with his wife Margaret as matron, and still meets weekly around Salt Lake City for lunch with fellow LDS soldiers who served in Tokyo. "The souls of (Japanese) people are just as rich and inviting and needing as anyone else's."