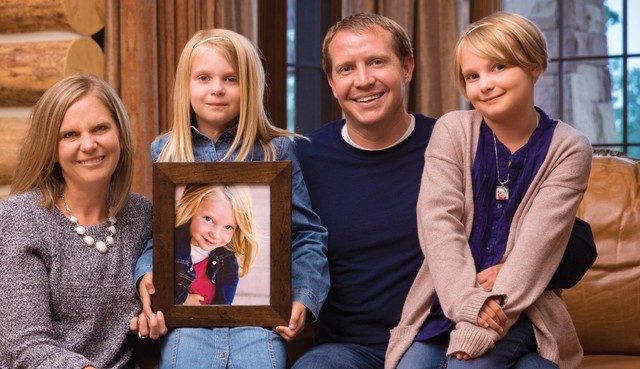 On December 14, 2012, Adam Lanza methodically pulled a green utility vest over his black shirt, black fatigues, and black canvas belt and slid black fingerless gloves over his emaciated knuckles. He grabbed a pair of sunglasses and his mother’s Bushmaster semi-automatic assault rifle along with magazines and two handguns. Before leaving his house in Newtown, Connecticut, the 20-year-old crept into his mother’s bedroom, shooting her four times in the head with a .22 caliber Savage rifle. Then, with the assault rifle and pistols in hand, he stole his mother’s 2010 Honda Civic and drove three miles to the school he had attended just 10 years earlier—Sandy Hook Elementary.

Once at the door, Lanza used the assault rifle to shoot his way through the plate glass window and into the building. It was just after 9:30 a.m. Sandy Hook principal Dawn Lafferty Hochsprung, vice principal Natalie Hammond, and school psychologist Mary Sherlach rushed into the hallway to investigate the noise. Lanza turned his high-powered rifle on the three women, killing Hochsprung and Sherlach and injuring Hammond. Hammond lay motionless on the ground even as additional gunfire struck her,  waiting until Lanza disappeared before dragging herself into a nearby room, using her own body to barricade the door.

At 9:35:39 a.m., the police received a terrifying call reporting a shooter roaming the halls of Sandy Hook Elementary. At 9:38:15 a.m., the first police officers arrived at Sandy Hook, knowing nothing more than the first few disjointed reports they received over the phone. Inside the school, Lanza made his way into two classrooms of first graders. In classroom 8, Lanza murdered substitute teacher Lauren Rousseau, behavioral therapist Rachel D’Avino (who had only worked at the school one week), and more than a dozen 6 and 7-year-old children who were huddled together, hiding. Only one girl survived.

In classroom 10, Lanza fatally shot first-grade teacher Victoria Leigh Soto when she stepped in his path, attempting to shield her students with her body. Lanza opened fire on the children hidden around the room, reloading and continuing even after his gun jammed. In that classroom, Lanza killed five students and two adults. The body of Anne Marie Murphy, a teacher’s aide who worked with special needs students, was later found covering the body of a 6-year-old boy she had attempted to save from the attack. After his murderous rampage, Lanza picked up his Glock and fired one round into the hallway before putting the pistol to his head and pulling the trigger.

In just under four and a half minutes, the deadliest elementary or secondary school shooting in U.S. history had ended. In all, Lanza fired 154 shots from his rifle and two from his Glock, killing 20 children and six school employees in a heinous and sickening act of violence.

Alissa Parker awakened to two blue eyes staring at her, just inches from her own. Her 6-year-old, Emilie, had crawled into bed, taking her husband, Robbie’s, place as he headed into work as a physician’s assistant at Danbury Hospital. The two went to Emilie’s room where she put on a fashion show before picking out her ensemble— a pink shirt with a ruffled pink skirt and pink leggings. It was a crisp winter morning as Alissa dropped Emilie off at the bus stop. Not long after, she received a phone call. An automated voice told her there had been a shooting at her daughter’s school. With shaking hands, Alissa raced to Sandy Hook Elementary.

Evacuated children congregated around the firehouse, reuniting with their families. Alissa couldn’t find Emilie anywhere. While Robbie was trapped at the hospital, which had been placed on lockdown, Alissa waited for hours to learn any new information, her heart filling with sickening fear that increased by the moment.

In the afternoon, an officer announced the unthinkable: 20 children had been murdered. But none of the names of the victims were released. Robbie arrived shortly after, and the two were together at 3:30 p.m. when Connecticut Governor Dan Malloy arrived to confirm the worst fears of every parent still waiting to be reunited with their son or daughter: all of their children had died.

Confusion, shock, overwhelming emptiness, loss—so many emotions broke over the Parkers in that moment. When Alissa and Robbie reached their car, wondering how they would tell their two other little girls, Madeline and Samantha, that their sister was not returning home, Robbie suggested they  pray together.

The prayer was simple but poignant. They needed God’s help, love, and compassion because they were now broken and lost. Immediately, a peace and love flooded Alissa and Robbie, reassuring them that God would not abandon them. “Looking back, that was such a vital, pivotal time for us,” Robbie says. “Even though it lasted just a fleeting second, [there was] this warmth and this comfort and this understanding of ‘I’m here for you,’ and it was gone. Then going home and having to talk to the girls and having all these tough things happen, I knew I had that one moment that I could look back on, that I  could carry with me.”

During this time of darkness, thousands reached out to the Parkers, demonstrating that goodness and light still existed in a world they felt was shattered and dim.

“The first thing everyone wanted to do was to help, to serve, to do something,” Nancy Hintze, Alissa’s visiting teacher, recalls.

During this time when media vans still flooded Newtown, triggering ongoing memories of the tragedy, Hintze quietly delivered meals from ward members to the Parker home, the stake silently covered the expenses for the funeral, and the ward created three Christmas trees filled with angels donated by those who wanted to show their love for the Parkers.

“It was amazing to see how the gospel of Jesus Christ really acts in your life. It got away from all the repetitive motion that we can find in the Church and [moved to] people bearing one another’s burdens and the love that the gospel brings into your life,” Robbie says. “That was one of the few times in my life where I thought, ‘This is what the gospel is. . . . This is really what living a Christlike life means in the flesh.’ It was such a beautiful thing.”

More small miracles followed. Days after the shooting, a truck pulled in front of the Parker home and a small family business owner went to work, filling the Parker’s heating-oil tank with $500 of oil. Bins of gifts, paintings, letters, and other donations from complete strangers filled a warehouse set aside for the families of the Sandy Hook victims.

One of the most moving displays of love came unexpectedly while Emilie’s body was being transported to Utah for her burial. “I hated the idea of Emilie being alone or being treated like freight or cargo,” Robbie remembers. His and Alissa’s anxiety was soothed, however, when they arrived at the funeral home and learned that Emilie hadn’t been alone during the journey. “When we approached the entrance [to the funeral home], it was lined with flowers and stuffed animals and cards,” Alissa remembers.

The Parkers learned the gifts had all arrived with Emilie. The crews from U.S. Airways who helped transport Emilie’s body left small gifts and cards behind, letting the family know she was cared for every step of the way. Later, the Parkers learned from a friend who had been onboard the plane that flew Emilie to Salt Lake City that the pilot had asked everyone to remain seated and silent as they unloaded the body of a victim from Sandy Hook. Nearly 100 airline employees lined the tarmac, paying respect as the tiny casket was unloaded and carried away.

“That was incredibly powerful to me. It was such a beautiful moment of respect that they showed for what happened to my daughter and the life that she had,” Alissa says. “I had been dreading the idea of her being shipped, but they changed that narrative for me. They made it instead of something really cold and dark to be something incredibly beautiful and touching.”