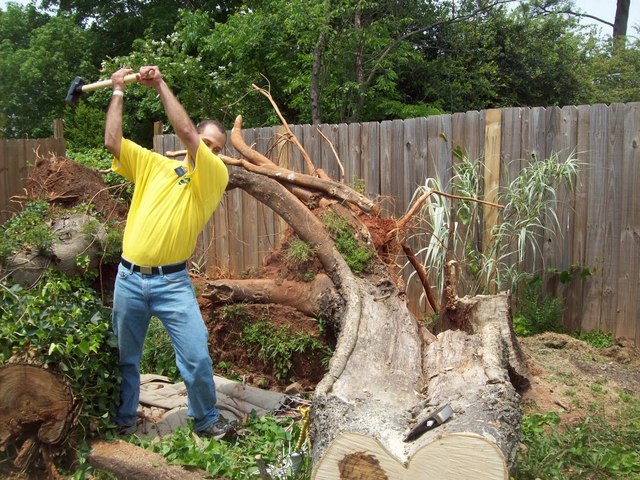 Jeni and I took Elder Bluth to the Bessemer Stake Center for an early morning Sacrament Meeting for the volunteer works who have been helping this past weekend on Sunday morning (May 8). Nearly 2000 Latter-day Saint volunteers arrived in the state on Friday and worked all day Saturday and most of Sunday as part of the Church's relief effort. Several command centers were set up to coordinate the effort. The Bessemer Stake Center was one of those command center. Elder Bluth presided over a short sacrament meeting in the building, beginning at 7:00 am. Once the meeting ended, the volunteers headed out to complete their efforts. Another service weekend has been planned for next weekend. During the week, many local Latter-day Saints (including missionaries) helped in specific areas. A lot of media attention has been directed to places like Tuscaloosa, so some of our effort has focused on other areas where no help has been forthcoming.
Read the rest of this story at alabamamissionupdate.com