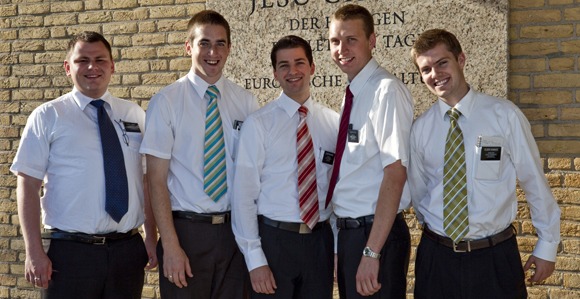 Missionary Age Announcement “Putting a Fire Under Our Feet”

When President Thomas S. Monson made the historic announcement in the October 2012 general conference that lowered the minimum age for missionary service, Brother Larry M. Gibson, first counselor in the Young Men general presidency, said he wished he could have been home watching it on TV. Instead, he was sitting in a red chair in the front of the Conference Center.

“I forgot to turn my cell phone off,” Brother Gibson said. “It was on vibrate, and I looked down and realized [my family] was going to have seven full-time missionaries in less than two years.”

During the 2013 Women’s Conference on the Brigham Young University campus May 2, Brother Gibson spoke on “Hastening the Work with Younger Missionaries” and especially how parents can help their children prepare to serve missions at a younger age.