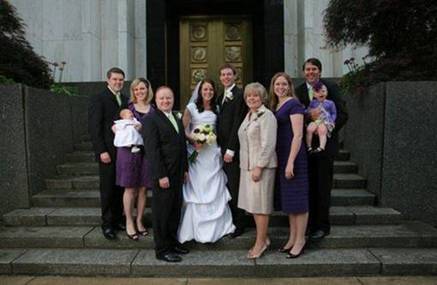 Missionary Moment: The Conversion of an Anti-Mormon

On January 5, 1985, Elder Jeff Keeney of Tempe, Arizona, in response to a request by his mission president, sat down in the chapel in Chevy Chase, Maryland, to answer this question, "Describe the most spiritual experience of your mission." Pausing a few moments, he wrote the following:

“It began last December, early one morning, when the phone rang. On the other line, we heard those wonderful words, “Elder, I've got a hot one for you!” Elder Sackley, the director of the Washington D.C. Temple Visitors Center, had someone who wanted to be taught the Gospel.

Several days later, I met him for the first time. He portrayed the image of an intelligent-looking businessman who carried an attaché case and was sharply dressed. Each discussion was uplifting and spiritual, but also, an intellectual, verification of the clearness of the restored gospel. Previous to our teaching him, he had purchased many books about the doctrine of the Church. He knew a considerable amount about the Church's teachings, but ran into a lot of anti-Mormon literature.