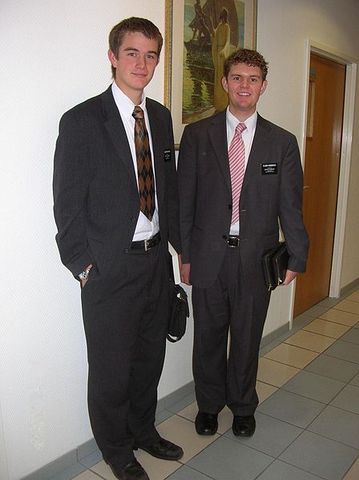 Lose Yourself (Missionary Remix)
Look, if you had one shot, or one opportunity
For 18 months to 2 years it’s your life’s gratuity
To seize everything you ever wanted in one moment
By serving a mission
Would you capture it or just let it slip and only marry a 7?
Yo

His palms are sweaty, knees weak, backpack is heavy
There’s vomit on his nametag already (Sister Young’s funeral potatoes were heavy)
He’s nervous, but on the surface he looks calm and ready to drop BoMs
But he keeps on forgetting
What he memorized, the whole family sees the fear in his eyes
He opens his mouth, but the words won’t come out
He’s choking now, everybody’s sending their kids to tell him “Nobody’s around”
The clock’s run out, time’s up, over, it’s lunchtime
Snap back to reality, Oh there goes gravity
First contact invite to dunk was a fallacy
Oh, there goes Elder Babbitt he choked
He’s so mad, but he won’t give up that
Easy, no
Read the rest of this story at bycommonconsent.com