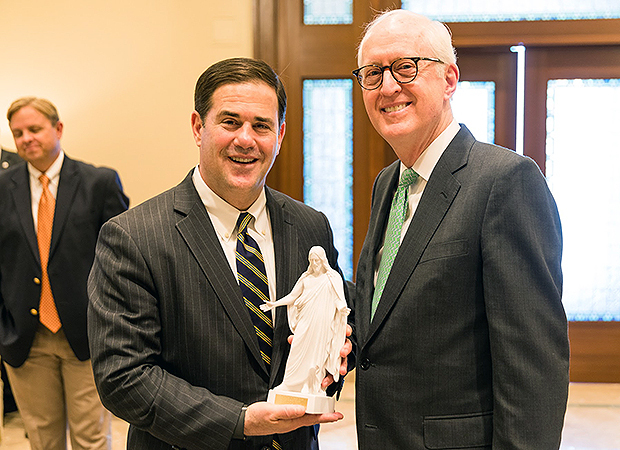 Mitt Romney, along with dignitaries from Guatemala, Mexico, and the U.S., toured the Tucson Arizona Temple before the open house beginning on June 3.

As the public open house for the Tucson Arizona Temple got underway June 3, many dignitaries visited the temple during special guest tours in the days prior to the public event.