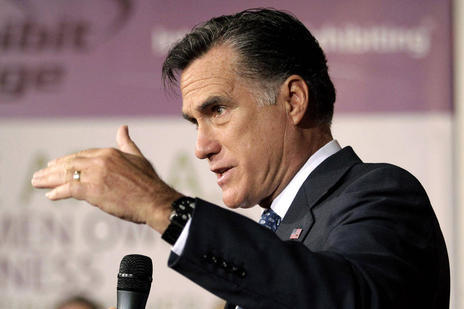 As 20,000 members of the Church of Jesus Christ of Latter-day Saints streamed from the church conference center, a ragtag group of protesters stood across the street shouting that the Latter-day Saints were going to hell. Mormon families, who had gathered here for two days of speeches and spiritual guidance called General Conference, ignored the hecklers or laughed and kept walking.

This, after all, is a church accustomed to much worse.

Yet, even with a resilience built over nearly two centuries as outsiders, church members are anxious about what's ahead. Republican Mitt Romney is about to become the first Mormon nominee for U.S. president on a major party ticket. That will give them a chance like no other to explain their tradition to the public, but the church's many critics will have a bigger platform, too. And the vetting will take place amid the emotion of what may well be a nasty general election.